Shadow Work from Warrel Dane, Last But Not Least 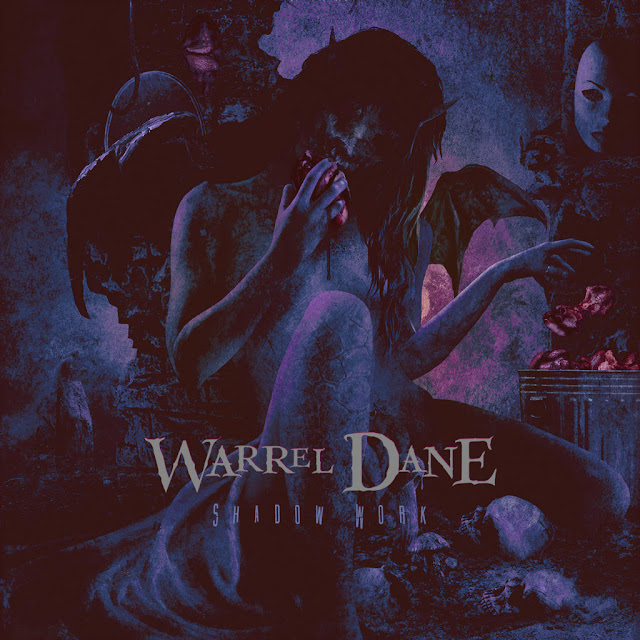 Century Media released Warrel Dane’s (Sanctuary, Nevermore) final recordings Shadow Work on October 26th, 2018.
In 2017 Warrel Dane passed away unexpectedly on December 13th in São Paulo, Brazil while recording the follow-up to 2008's Praises To The War Machine. Shadow Work was recorded in  Orra Meu Studio in Sao Paulo. Shadow Work contains over 40 minutes of tracked music from pre-production, demo and recording sessions by Warrel.
In the press release, Century Media tell us: The album's booklet was completed by Travis Smith, who provided artwork based upon concepts he had previously discussed with Warrel. The album art combines thorough reconstructions of all lyrics from Warrel's notebook, personal testimonies by his Brazilian band, and very moving photos.
While recording the album, photographer Renan Facciolo visited the group in the studio to capture footage documenting the creation of Shadow Work."This documentary was shot mostly during Warrel's final days, in late 2017”, states the band. "Although he was frail and his body was showing signs that it would eventually fade, at that time, he was still putting his heart and soul in every part of Shadow Work. We hope this stays as a testament to his artistic commitment and goodwill when it came to producing an album in the studio”.
Ultimately, his band members completed the documentary in 2018 to offer an insight into the promising beginning and tragic end of Shadow Work.
Jens Prueter (Head of A&R, Europe) and Stefan Franke (Product Manager) add,"It is nearly impossible to watch this documentary with probably the last footage recorded of Warrel without getting emotional since at some point in our lives, we and his fans were witnesses to his grandeur and failure, his strength and his frailty. The latter is obviously present in this moving video and we are grateful Warrel's family agreed on its public release. There is no glamour, no stardom in this video; it just depicts the shadow of a man passionately and endearingly being busy with "Shadow Work", and a band being torn apart between ambition and tragedy. So, while we are glad to share it with you all, it is almost a relief to not have to watch it again." 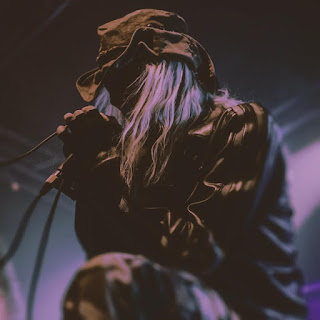 Watch the very sensitive and real documentary in full here .
It was firstly a great honor for Carox Rox to find this request for album review in her inbox. I approached it with mixed feelings from a Sanctuary and Nevermore fan still recovering from his sudden death in 2017.
Although Warrel was purportedly in frail health, this surely was not intended to be a swan song album. It was a second solo album made with new band members that loved him and felt honored they were getting to play with the one and only Warrel Dane that they admired.
It was a big deal for them. If the album has captured Warrel Dane’s last songs, it has also captured proud Brazilian talent in the band members that are rarely mentioned in the reviews of this album. So they are Brazilian musicians Johnny Moraes (guitar), Thiago Oliveira (guitar), Fabio Carito (bass) and Marcus Dotta (drums) and they are all extremely talented.
The first track Ethereal is short. Maybe a minute or so. I wondered if the album would be full of tantalizing snippets of Warrel and the band’s efforts. The brevity it brought home straightway that the word masters is no longer with us. Was this brief snippet intentional?
However, it was sort of a metal haiku leading into much more developed tracks. Listen to Madame Satan and you know at once that Warrel, the fabulous guitarists and insanely fast drummer are on top of their game with intricate riffs, melodies and transitions that keep you interested all the way to the end of the track.
Just when you think the Satan and devil theme lyrically might be a little played out, Disconnection System, follows, a song that by all means represented a significant philosophy to Warrel.  You can see some of his tantalizing words about it as recorded on RedeTVSonoridades.
The fourth track As Fast As the Others is absolutely staggeringly beautiful and mature. The lyrics cut you, his voice is dramatic, nostalgic and in every way evokes so many emotions that you can’t help but remember what it feels like to be young, maybe an outsider, maybe not the fastest in the pack having to keep up with the “others” Look up the lyrics, this is a beautiful poem set to diverse, haunting rhythms. His voice is rich and gorgeous although, throughout the entire 40 minutes or so of this album, his voice is as diverse as each track.
The title track Shadow Work is a showcase for his musicians, head banging, furious metal, followed by the lovely tantalizing song Rain, with fantastic singing guitar solos and almost oriental guitar overtones with telling final lyrics from this troubled frontman: “I'm just a slave - Just a victim -Of multiple addictions”. The album ends with the epic and ominous, Mother is the Word for God which you will like many of the tracks keep circling back to because of its intricacy.


This is really a great album carefully crafted together from patchwork into a substantial tribute and work by the music family that loved him towards the end. True fans of Warrel will enjoy the special edition CD media book, offering a 44-page booklet and it is also available as a gatefold LP plus CD or 12-page LP booklet. Even more special, the album is also being sold in limited vinyl editions.  Check it out!