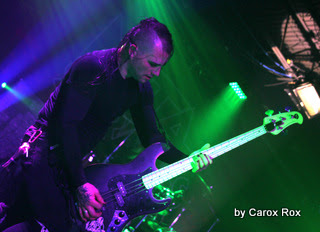 Carox Rox recently got to interview with Jersey-based Rock / Metal multi-Instrumentalist Christopher Dean (former Michale Graves, Darkness Descends, Alyxx) on tour with The Guitar Collective 2018 with Angel Vivaldi and Nita Strauss (Alice  Cooper,  The Iron Maidens, Femme Fatale) and Jacky Vincent. The tour made a stop at the Scout Bar in Houston, TX on Wednesday, December 12th.
Carox: How did you get on this tour?
Christopher: The biggest reason I am here is that I have been friends with Angel for fifteen years. I, him and his other guitar player have all been playing in the same New Jersey scene for years and we have played a lot of the same shows together. I have toured a decent amount around the country a few times and because of my experience and my work ethic and being close friends with Angel, I had this opportunity to come on tour. Basically, he assembled Nita’s guitar player and the bass player…because she was coming over here on tour with him and she was over on the West Coast – so he put us together.
Carox: So how many gigs have you already played so far before coming to the Scout Bar?
Christopher: The first date of the tour was November 19th and I think we have only had 3 days off and one of them was a drive day so it wasn’t really like a day off.
Carox: So are you on a bus?
Christopher: Yes, we are on a bus. It is great. The bus has 12 bunks and there are 11 of us. So there is plenty of room and then we have a junk bunk for all of our suitcases. Most of my other tours have all been on E350 vans or even when I toured with Michale Graves (I did over a hundred shows with him) we never had a van. Like we did 4 months around the US last year in a Honda Odyssey minivan, hauling a trailer. We had had hotel rooms on that tour which we do not have on this one because we have the bus. The bus has a shower. I have a coffee maker so it doesn’t matter where I am I can get up and go make myself a pot of coffee – that makes me happy.
Carox: What is it like arriving in a new town every night to a different venue or crowd?
Christopher: Well sometimes it is exciting just based off the fact that because you have toured for so long you just end up with friends in most cities. So, in this case, I have some friends who managed to get to the show early, and we hung out and went to get some food and that part is exciting. Being on a bus, we were just talking about that earlier. It is different than say being on a bus tour versus a van tour because you don’t get to see the town as you are rolling in. Like if you are in the back or in the bunk. It is just a wall... so if you are in the front lounge then you get to see everything as you roll into town. I really liked the mid-West as far as visual stimulation. When you drive through Texas it is just desert for 9 hours! But each venue is nice because you get to see another bit of history. Each venue we come into there are tons of memorabilia other bands have left like fliers. In this case at the Scout Bar, there are tons of signed guitars and stuff. It is cool to be a part of that because you really do feel an embodiment of the rock n roll spirit when you go into a very roll n roll club.
Carox: Tell me about the instrument you play?
Christopher: Well tonight with Nita I am playing bass. Typically I play a 5 string bass, but I broke my main 5 string previous to the tour. So I use a 4 string Jericho bass that is strung like a 5 string and then for one song I switch out basses to play a Queen song, The Show Must Go On and that is in a different tuning for that one song so I have that. I have a big Ampeg tube amp with the giant 8 by 10 speaker and I also have digital effects – I use Axe Fx. I get a little bit of that old-school rock sound with the new edge cut and that is what I really focus on.
Carox: I was kind of wondering about you starting young at 13 to play guitar.
Christopher: 13 is kinda old if you think about it. A few months before my 13th birthday my uncle had this local music catalog in his stuff and I was looking at it and I really liked the way guitars looked. I just got this little itch. So I told my father, hey for my birthday I want a guitar. For my 13th birthday he got me a 1997 Ibanez RX40 it was a piece of junk guitar and it had a crack in the headstock and I still play that guitar live. I replaced the neck on it, I have all custom picks ups in it…I love it. It started this path of me buying just tons and tons of gear.
Carox: But you play guitar primarily right?
Christopher: Primarily I play guitars but on this tour, I play bass. But being on the Guitar Collective I am really happy as a bass player that I am around so many great guitar players. I have so many different viewpoints of different techniques that I can equate even to the stringed instrument of a bass make my playability reach the next level. 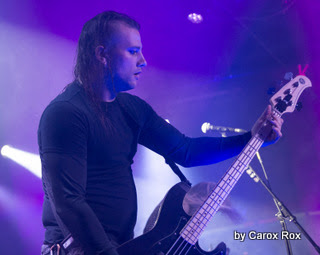 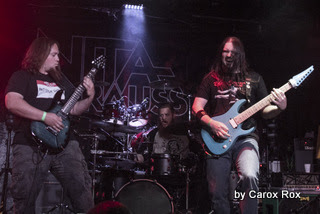 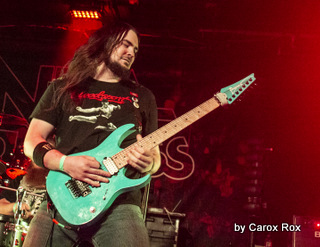 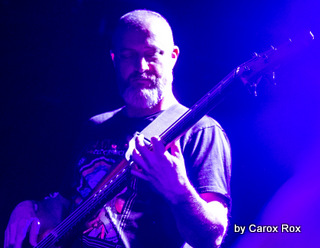 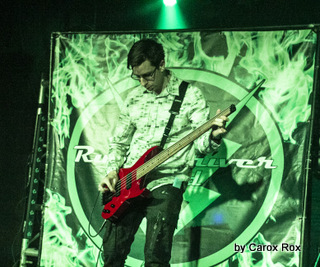 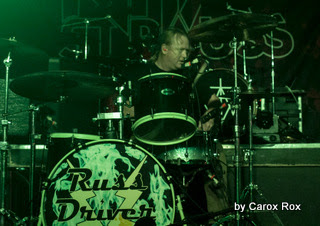 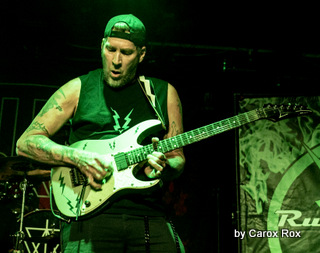 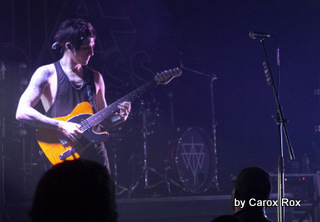 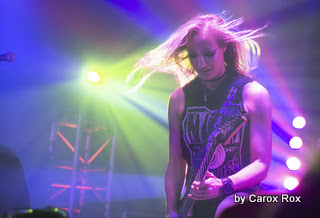 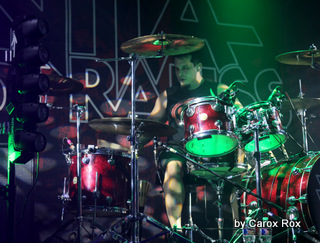 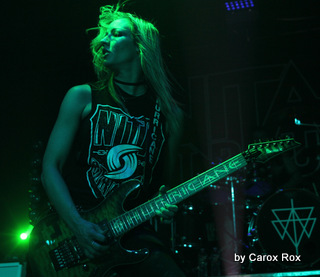 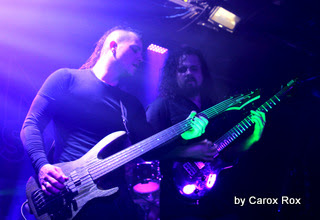 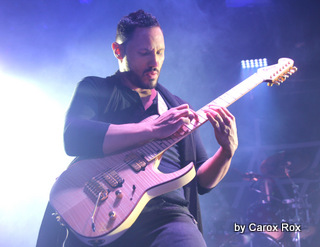 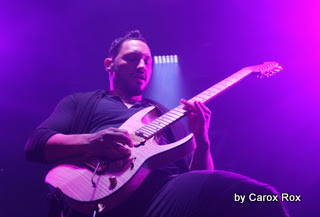