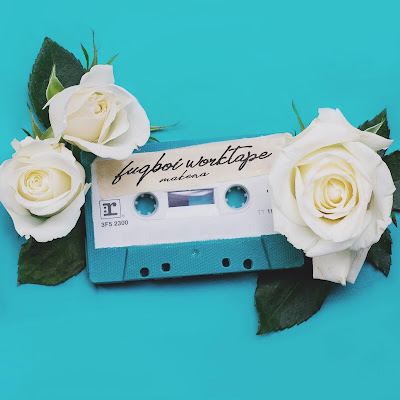 Makena expresses her life experience through an ever-evolving musical channel of honest lyrics, infectious hooks, and a fusion of various genres. Drawing influences from Britney Spears, Taylor Swift, and, Halsey, Makena brings a candid and vulnerable edge to pop. The 21-year-old artist grew up in Denver, CO and began performing at the age of 4  and started writing music shortly after. As a fan of many genres, Makena has experimented with multiple styles over the years and continues to expand her horizons. She balances heartfelt sentiment with an attitude that takes the listener through the roller coaster of emotions that go along with navigating life in the 21st century.

BANGS!: Talk about how music has influenced you as an individual in your daily living.

Makena:Music has been a part of my life for as long as I can remember. I think at young age music allowed me to be able to express myself, and process my emotions, which helped shape me to who I am today. Now since I'm pursuing music as a career, every part of my day has something to do around music, whether I'm writing, in studio sessions, or working my "day job", everything I do is with the same end goal in mind.


Where do you find yourself listening to music most often?

Makena: The car, it's my favorite place to listen to music and sing!


What are your favorite brands to use when it comes to the instruments, mics, amps, pedals and so on? Why do you favor them?

Makena: I'm not sure that I have a favorite gear brand, but my Nord Stage 2 keyboard is amazing!!


Talk about your current project. It's conception. How it evolved. The storyline behind its development or any anecdotes that may have occurred during the writing/recording process?

Makena: Yeah, so I had just ended something with a guy that was doomed to fail from the start, and I felt like there were so many "Red Flags" about him that I noticed, but chose to ignore them in hopes that maybe I was wrong. I really wanted to point these out and have people relate and be like "Yup I've dated someone like that".

I had written almost all the lyrics before I went into the studio to work on the song with producer/writer Joseph Shull. We sat down and I told him about the idea and he was so excited about it. We wrote the whole song in the session, and I left knowing this was the first single from my new project.


Makena: Is there a particular part you enjoy more than another in the process of a project?

I love the writing process, to me, it's where the song begins. I love telling a story and crafting lyrics and melodies.


Makena: How do you know when a song is done and ready to be taken to the recording studio and produced?

I honestly think it's just a gut feeling, you just kinda know.


Makena: Looking towards the short and long term of where you might be currently- where do you see yourself (yourselves) as an artist/band in 2019 and beyond?

Well, I have many more releases planned for the rest of the year that I'm super excited about. I just moved to LA, so I'm looking to start playing live and growing a fan base out here.