“Hush now, don’t you cry
Wipe away the teardrop from your eye
You’re lying safe in bed
It was all a bad dream
Spinning in your head
Your mind tricked you to feel the pain
Of someone close to you leaving the game of life
So here it is, another chance
Wide awake you face the day
Your dream is over . . . or has it just begun?”


Every once in a while I enjoy trying to tilt a windmill or two. And such is the case with Queensryche’s “Silent Lucidity.” The song has been ripped by many listeners, some of whom have called it a rip-off of Pink Floyd, whereas others have misunderstood its lyrics. Even the music television channel VH1 stabbed the song in the heart, ranking it number 16 on its list of the 40 Worst Metal Songs Ever.


Formed in 1981, Washington’s Queensryche started off as a traditional heavy metal band with roots in both the New Wave of British Heavy Metal and a hint of glam metal. The band evolved into more of a power-metal vibe, subsequently incorporating elements of progressive metal.


Released in 1990, Empire was the band’s fourth full-length album, one which many fans consider Queensryche’s best work. Empire builds upon the approach first explored in Operation: Mindcrime, but this time incorporating more elements of mainstream rock. Compositions such as “Jet City Woman” and “Another Rainy Night (Without You)” have a strong, catchy vibe that helped make the band a radio mainstay throughout the 1990s. However, tracks such as “Anybody Listening?” and “Silent Lucidity” gained the band critical fan approval, as both songs demonstrated a strong progressive streak.

“Silent Lucidity” opens with an acoustic guitar played by Chris DeGarmo, with vocalist Geoff Tate using a lower register that slowly builds as the song progresses. Keyboards give way to full orchestration, which never lets up. The overall structure is similar to an approach favored by progressive masters Pink Floyd, who used such orchestration to evoke strong emotion. Because the lyrical content of “Silent Lucidity” is powerfully emotive, this musical approach works well, particularly when the guitar solo “floats” over the orchestration.


Lyrically, many critics and even fans have misinterpreted the song. The subject matter remains relatively esoteric; however, lucid dreamers and those who have lost family early in their lives may experience a catharsis when listening to this excellent composition.
“Silent Lucidity,” tells the story of a little girl who has either lost her father or has experienced a lucid dream within which she has lost her father. The nature of lucid dreams, within which a dreamer suddenly realizes he or she is dreaming, often leads to other abilities, such as actually learning how to control dreams as they happen. By “control,” it is possible to minimize nightmares and experience flights of fancy, such as flying or physically separating from the body. 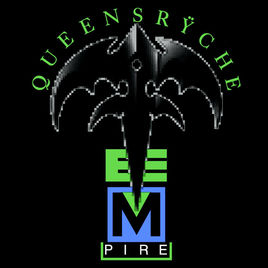 The father of the child, whether alive or dead, tries to soothe the child by teaching her how to control her dreams. The father, as an observer, constitutes another element of lucid dreams, turning perception and the concept of reality into a conundrum—is the father alive, an observer in her dreams (either alive or dead), a ghost, or other manifestation? The answer can be frustrating: “Your dream is over . . . or has it just begun?”


For me, the song resonates because of the sensitive nature of my own daughter, a lucid dreamer. Born prematurely as a twin, she lost her twin brother hours after birth. She’s since then experienced dreams in which he plays a part, first as a shadow or wisp and later as a presence. One of the techniques I have attempted to teach her is to manifest a presence of me when in a nightmarish lucid dream. Much like the little girl in the song, my daughter would rather simply wake and be held. Of course, the little girl in the song may suffer because her father simply remains a shadow, one she cannot hold when awake.


Once understood, “Silent Lucidity” is a powerful and moving composition. In my opinion, it is one of the best songs ever produced by Queensryche. Play it again and see if it does not move you now.