Song of the Month Cannibal Corpses “Pit of Zombies” 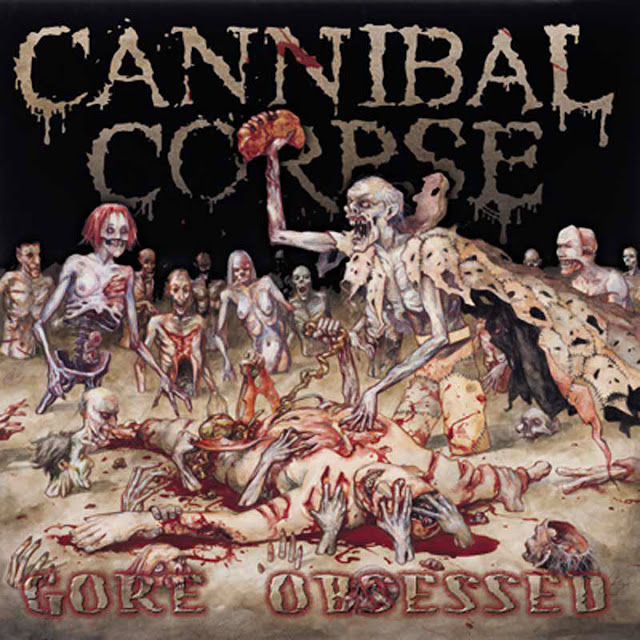 
Formed in late 1988, New York’s Cannibal Corpse has become one of the most successful and easily recognized bands that play brutal death metal. Up until 1995, the band was fronted by vocalist Chris Barnes, whose low-end vocals and violent/explicit lyrics were made even more brutal by the band’s straightforward and intense musical approach, which early on had more elements of thrash than death. One of Barnes’ most successful compositions has to be “Hammer Smashed Face,” off 1992’s album Tomb of the Mutilated. Even though many of Barnes’ lyrics were explicit, the band was attacked even harder by numerous countries (Australia, Germany, and even the United States) for its graphic album covers, mostly produced by amazing graphic artist Vincent Locke.


In 1995, Cannibal Corpse parted ways with Barnes, who was replaced with George “Corpsegrinder” Fisher.” As the band progressed, it retained its emphasis on horror/gore lyrics (with bassist Alex Webster contributing the bulk of the words) but the music progressed into the realm of technical death metal, with Fisher’s throaty vocals delivering the lyrics good enough to be understood.


In 2002, Cannibal Corpse released Gore Obsessed, which featured killer tracks such as “Hatchet to the Head,” “Compelled to Lacerate,” “Mutation of the Cadaver,” “Hung and Bled,” and of course, “Pit of Zombies.”


“Pit of Zombies” is a barn burner, not once slowing down. Drummer Paul Mazurkiewicz sets a relentless pace, using the bass drums to set a breakneck speed while working the kit to weave some intricate percussive bursts and hint at changes in the other instruments. Rhythm guitarist Jack Owen throws down some devastation guitar licks, over which Pat O’Brien sets up some hook-laden solos. Bassist Alex Webster creates a wall of sound that is felt more than heard, with the low notes designed to give texture to the guitars. Up front is thick-necked “Corpsegrinder,” whose back-of-the-throat delivery works well. Indeed, Fisher is one of the best croakers in the business, delivering a harsh low-end growl that nevertheless is clear when it comes to discerning every word. 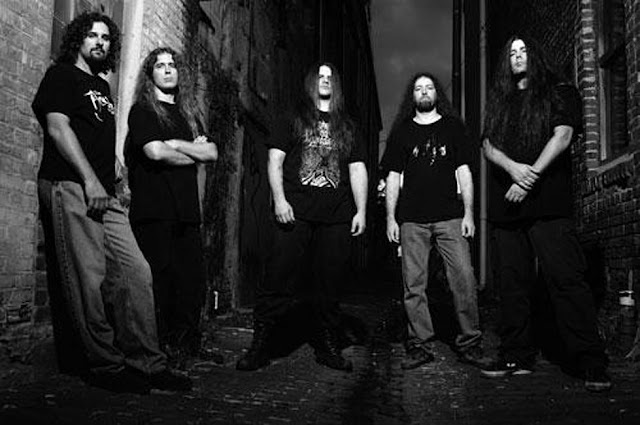 As for the words, they craft a tale of a nameless narrator who is captured by “the priest of evil.” This priest takes the narrator into his hellish dungeon deep within the Earth, where he hangs the narrator over a pit of zombies. The zombies struggle to reach up to devour the narrator, who knows the ghouls want him for food. The priest lowers the narrator down slowly, and he screams as the creatures tear up his feet, lower legs, and thighs. They then feast on the blood the rains down on them before taking his torso and his head. The narrator watched as he is eaten alive, listening as the collective of zombies rip apart and devour his head.


Fans of horror movies will dig the lyrics on many of Cannibal Corpse’s songs, with those not into horror relishing instead the band’s pristine approach to death metal, one that has an overt sense of speed and brutality but with underlying hints of technicality and melody. It is this combination of lyrics and music that has made Cannibal Corpse one of the most recognized death-metal bands around the world.
Cannibal Corpse Song of the Month