Album Review: As Within, So Without 'Into Oblivion' 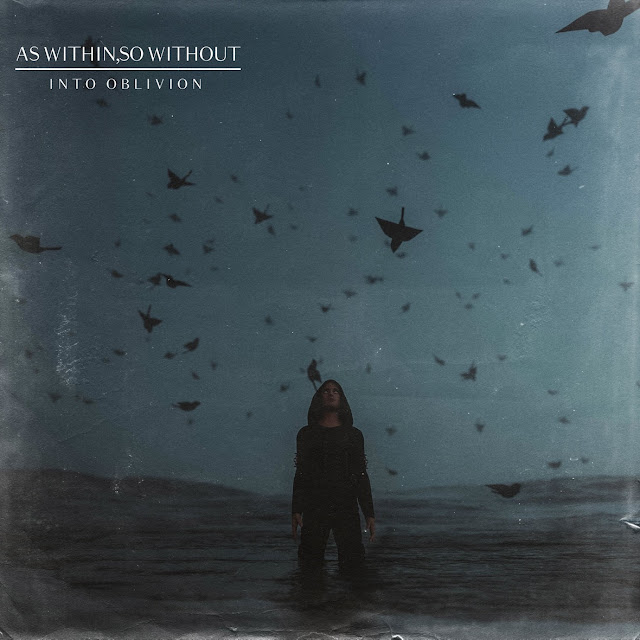 Formed in the belly of Port Chester, New York, in late 2016, As Within, So Without taunts the mood of metalcore. Their debut EP, titled Our Self-Destruction was released in 2017 and soon came their stage time supporting groups such as Upon a Burning Body, Phinehas, and Slaughter to Prevail along the east coast. When As Within, So Without returned to the studio, they decided to take their collective and create their debut album Into Oblivion. A progressive return to the depths of metalcore that sends a combative thrash mixed with melodic rock and the two-part vocals common to metalcore and nu-metal genres of today. What they have managed though to do is to meld a creative style that designates them to be their own.

The dual guitars of Matt Tzovolos and Michael Fiorino are stellarly set as the switch up and land some decent breakdowns. Lukas Vitullo handles the drum set as skillfully as Thor crashing down. Mathew Lustos thuds that bass and vocally lends to the body while Mitchell Lustosa screams those stick in your heart vocals and amasses regalia to its bloody degree.

The band has power and due diligence in the realm of metalcore offering emotive content lyrically and an approach that chomps with hooks and progress. Out of the gate strong and intuitively ready to move them forward. Certainly, a 4 out of 5 rating is well deserved.

As Within Into Oblivion New Album So Without