Interview with As Within, So Without- New Album 'Into Oblivion' 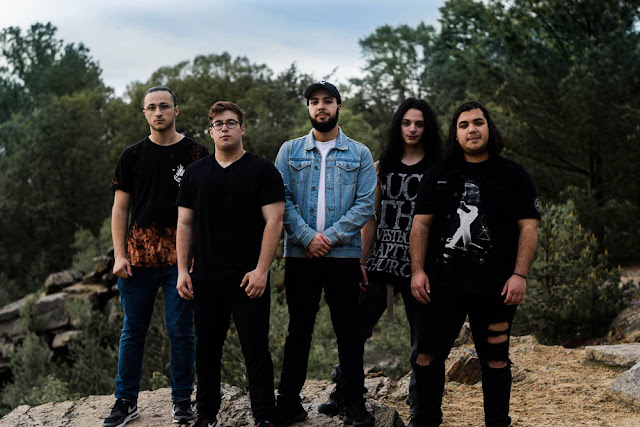 As Within, So Without was formed in Port Chester, New York in late 2016 as a metalcore act. The foursome quickly got to work on their debut EP "Our Self Destruction" which was released on August 5th, 2017. They quickly got to playing shows all around the east coast, with acts including Phinehas, Upon a Burning Body, Silent Planet, Slaughter to Prevail, and more. Right before picking up their 5th member, As Within, So Without released a music video for their single "Anchor" on March 20th, 2018. They finished out the year in the studio recording their first studio album 'Into Oblivion' available now.
Delan Sean: Talk about how music has influenced you each individually in your daily living.
Matt Tzovolos: Music is a huge part of all of our lives. It's a huge part of our personalities. Music to me is the rawest form of emotion that you can express, and I always loved that about it. Personally, I grew up on 80's rock and 00's metal music. When I was a lot younger, I remember being a pissed off kid that found solace in heavy music, solely because someone else was as mad as I was. Hell, I haven't changed at all.
Delan Sean: Where do you each find yourselves listening to music most often?
Matt Tzovolos: I quite literally always have music on. Whether it's in the car ride to class in the morning, or when I'm at the gym, or even just sitting in my room, it's almost always idly on in the background.
Delan Sean: What are your favorite brands to use when it comes to the instruments, mics, amps, pedals and so on? Why do you favor them?
Matt Tzovolos: Okay, so I'll do a mini live gear rundown quick. At this exact moment, I only play my Jackson RRTMG live. I run through a Peavey 6505+ into a Blackstar 4x12, and use a noise gate, Line 6 wireless, and Ibanez tube screamer. Mike, our other guitarist, switches off between Schecter and ESP, and runs his AXE-FX through an Orange 4x10. Our drummer Luke plays a Tour Series SJC drum kit with Meinl cymbals and Vater sticks.
Delan Sean: Talk about your current project. Its conception. How it evolved. The storyline behind its development or any anecdotes that may have occurred during the writing/recording process?
Lukas Vitullo: As Within, So Without formed in 2014 under a different name and was founded by our vocalist Mitchell and our bassist Mathew. The band rebranded to what it is now, and then I joined the band. Fast forward to 2016 mike joined and we started writing for our first ep “Our Self Destruction” which came out in August of 2017. For the most part, the writing process of Into Oblivion was very smooth. We’re all very picky so it took us almost two years to write and record this album, but I wouldn’t have had it any other way.

Delan Sean: Where there any conflicts during the recording process? If so, how did you as a band overcome them, if not what do you think is As Within, So Without's formula to gel so well?
Lukas Vitullo: If I were being completely honest there weren’t any real conflicts so to speak. But
sometimes we’d have minor arguments about parts. We were able to compromise on them though so it wasn’t a big problem. I say this because all of us are passionate about the band and want everything so sound as best as it can. Our formula for writing, usually we start an idea at home and bring it to practice and after we practice we work with the idea they brought. A lot of us have a lot of different influences in and outside of metal so that’s what makes the As Within, So Without sounds so balanced.

Delan Sean: Is there a particular part you enjoy more than another in the process of a project?
Lukas Vitullo: No, not really. I love all of it. Writing is really exciting but recording the songs is another level of excitement cause that’s where the songs really come together.
Delan Sean: How do you know when a song is done and ready to be taken to the recording studio and produced?
Matt Tzovolos: It's all based on instinct. A lot of artists use tried and true formulas to structure their songs to be "successful", but every song is different. If the way your song flows correctly with the vibe you intended to write it with, you're done.
Delan Sean: Looking towards the short and long term of where you might be currently- where do you see yourself (yourselves) as an artist/band in 2019 and beyond?


Lukas Vitullo: For us, 2019 is the year of growth. Our new album has only been out for a few days and we’ve seen a significant growth already. Our main goal for 2019 is to spread our new album like a wildfire. We’re currently working on a tour and scheduling some stuff for later on this year but I can’t really say much more than that right now. We’re also working on new merch and more content in support of our new music. As far as beyond 2019, I hope to have a busier touring schedule and to have our name be known. 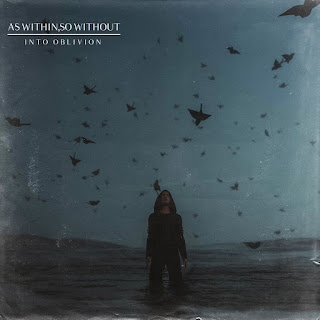