Interview: Mikko Kotamäki and Juho Räihä of Swallow the Sun 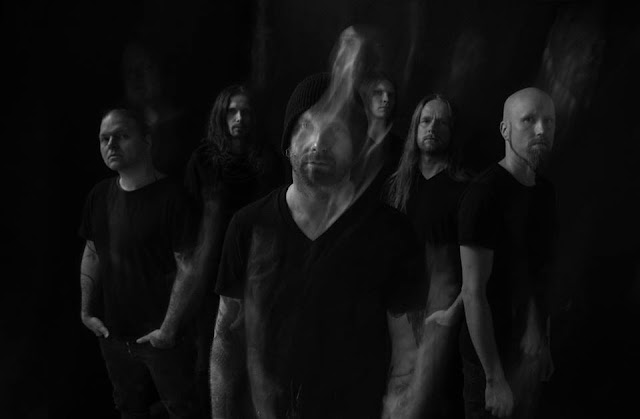 
Carox: Excited to be interviewing you both for Bangs Music Entertainment Magazine! How has the tour been going so far?
Mikko: Really good actually. I think this has been the best US tour so far. We have done many, but this is good.
Carox: How many shows have you done up to this point – are you getting tired yet?
Juho: We are just getting started! It has s been about 16 I guess so far. We have 14 still to go.
Carox: Are you used to touring all the time pretty much during the year?
Mikko: Yes every year when we release a new album we tour quite a lot. After this, when we get back home, we will be there for a couple of days and then we will go to our European tour and Japan and the summer festivals.
Carox: Can you tell me a little bit about the new album? I saw that you guys had brought one out – will you be playing some of those songs tonight?
Juho: Yes, we are trying to like play as much of the new album as we can. Now that the tour bill is Children Of Bodom, Wolfheart and us then it is like also going to be some of the older stuff which is more death metal. The latest album When A Shadow Is Forced Into The Light, is mellower and softer.
Carox: Do you categorize yourself as death metal? I wanted to know if the new album is really that?
Juho: No. There are death metal elements to it but to me it does not make sense to all it death metal, but there are influences of it. The main influences do not come from death metal.
Mikko: Yeah, we are not Morbid Angels!
Carox: What can people expect from you guys when they come to your show?
Juho: It is kind of a journey. There are high points and low points.  It is important that you go through different emotions – both ends of the spectrum.
Carox: How do you get ready for a show?
Mikko: I usually smoke one cigarette and drink one beer. Do you warm up your vocals?
Carox: Well you seem to have a great vocal range. Where does that come from?
Mikko: Well maybe it is because I have been a smoker since I was 12!
Carox: What is life like in the bus?
Mikko: Very smelly! You start to hate people, they are always in the way when you want your space. Well I am staying in the lower bunk and every morning I am about to pee my pants and get up there is always a bunch of people and bags outside the door.
Carox: Do you get to see America or just the bus?
Mikko: Well that depends. Of course there is always time to see things if you want. Like we have been here so many times there is nothing new to see. Yeah I like it here. All the people are nice. Apart from the politics I like it here.
Carox: What can you say about your fans?
Mikko: I just met a guy outside and he said he drove all the way from Mexico for 11 hours to see our show – and has our logo tattooed on him  - pretty cool.
Carox: How do you meet your fans?
Mikko: I usually go to the audience after the show and have some beers and hang out with them at the merch table.
Juho: And people are nice – they come on the bus with food and are really concerned about us and try to make our life easier. They bring us socks! It is not like that in Europe. The venues cater in Europe – they feed you and take care of you – but here the fans take care of you!and the venues take less care that way.
Carox: Who are you on tour with in Europe? I know one of the bands Oceans of Slumber are from Texas.
Mikko:Yes,with Oceans of Slumber and Aeonian Sorrow. It is Ocean of Slumbers first European tour.
Carox: How did that happen? I love that band. The first time I saw them I thought I had discovered them. Are they on the same record label?
Mikko: Yes, they are on the same record label. I met them a couple of times. We wanted to help out our fellow label mates.
Juho: I kinda know the bass player – I went to the gym with him yesterday.
Carox: I am going to stalk the whole tour and see how Texans get on in Europe.
Juho: Yes and see how they get on in OUR smelly bus!
Carox: What would you like to say to your fans?
Juho: A massive thank you to all our fans, for your support and interest. People seem so interested and invested in us. I have not seen that before.
Mikko: Come to the show so you can buy an album and meet us!
Carox; Good luck to both of you and the rest of the band! This was an honor to meet you!


About this band:
Finnish melancholy death-doom metal band Swallow The Sun released their new album When A Shadow Is Forced Into The Light on January 25th via Century Media Records. Fueled by personal loss (the album title has its origins in Trees of Eternity's “Broken Mirror”) and powered by the will to continue, When A Shadow Is Forced Into The Light showcases the group’s ability to maintain its signature sound while expanding upon horizons and diving deeper into the crevasse of doom-death metal. Even though the single and the album are conceptually connected, they are musically completely different. While “Lumina Aurea”, which features Wardruna’s Einar Selvik and The Foreshadowing’s Marco I. Benevento, marks the band’s darkest and most sinister piece of music the band has ever released, When A Shadow Is Forced Into The Light follows a more positive approach and continues in the vein of previous albums – first-rate death-doom in the typical style of Swallow The Sun.

Touring Information: -  only a few weeks away from their Euro tour with Oceans of Slumber and Aeonian Sorrow. 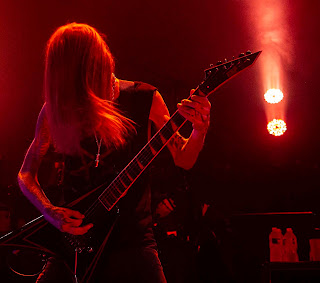 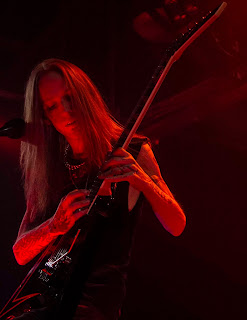 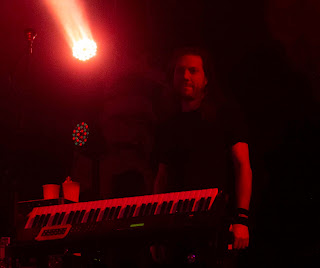 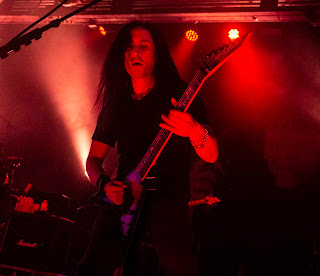 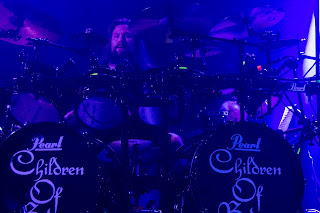 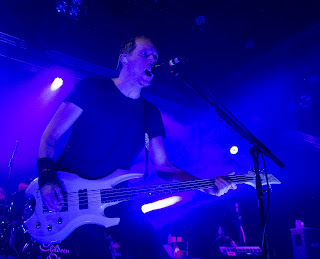 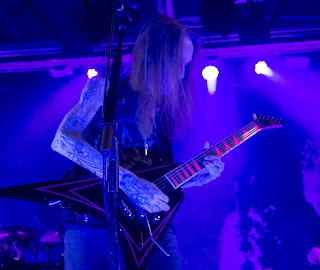 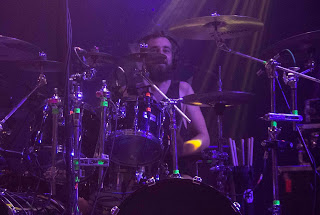 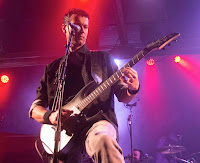 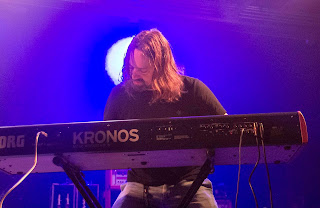 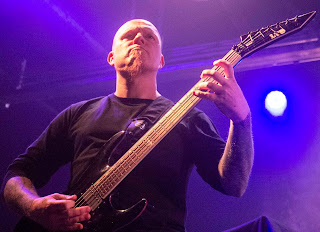 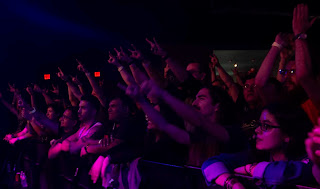 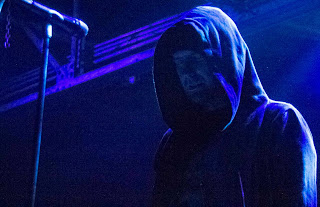 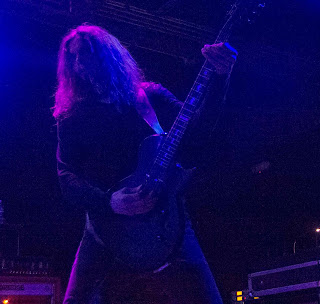 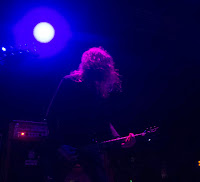 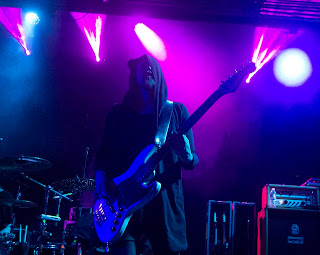 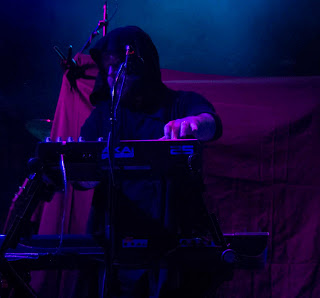 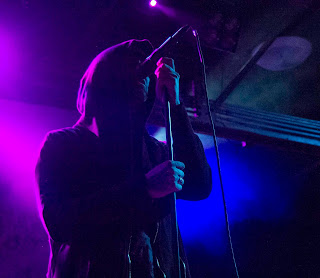 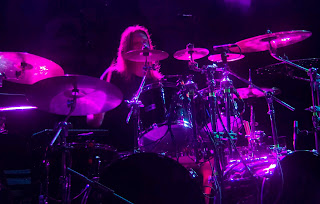 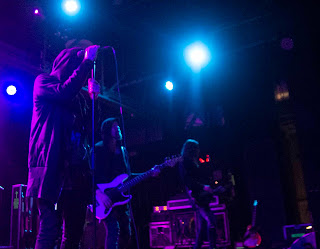 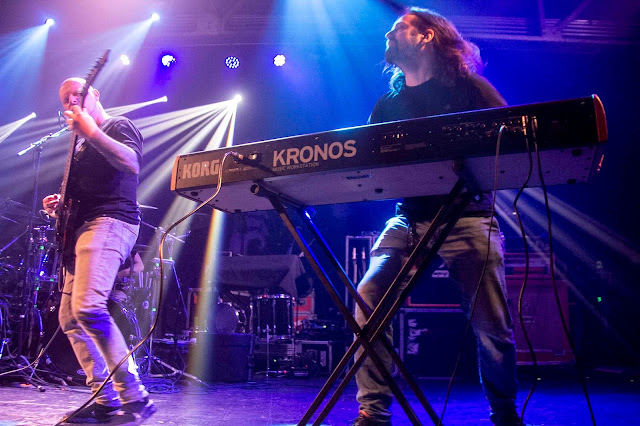 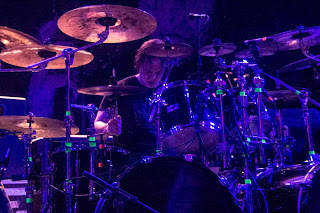 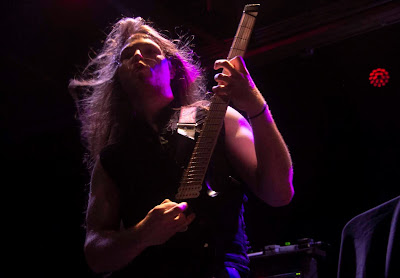 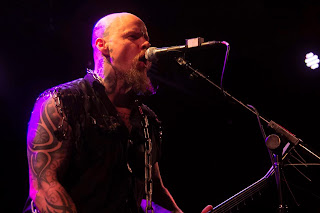