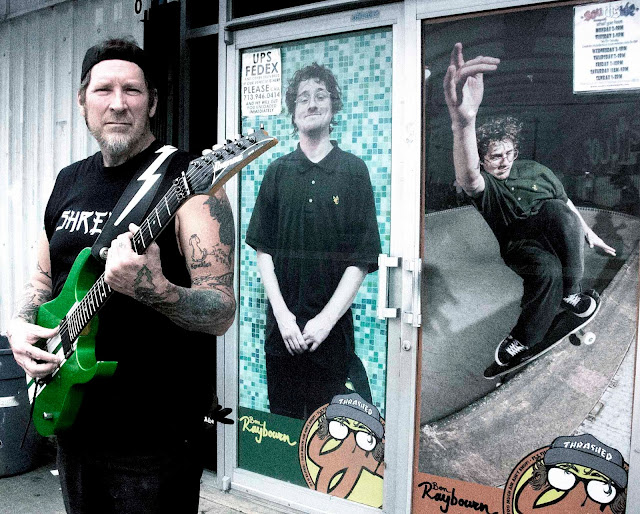 With: Carox Rox
Carox: Russ, tell me a little bit about when you were growing up and when you first got interested in playing the guitar?
Russ: Okay so I was about nine years old and this lady would come to the house. My sister was having piano lessons at the time. When they would leave I would go in there and play all the stuff that she was teaching her. I could hear it and play it. So my mom started me taking piano lessons at nine. Then at twelve, the same thing again. My sister was taking guitar lessons and when she left I went and got the guitar and played all the stuff that she did. So then I could sight read from the piano and the guitar made sense and was the first choice. I picked it up and I had my first band at age 13.
Carox: So who gave you your first guitar?
Russ: So I had a classical guitar first, that was my sisters and she could not play it since she is not musically inclined – I took that way her! I plonked around on that for a while then I mowed yards and did all sorts of thing to save money and buy my first electric guitar and a small amp. So on my 13th birthday that is what I got. I bought it and my parents kicked in a little bit of money I think because I did not quite have enough.
Carox: So what was the name of your first band?
Russ: Steel Wind – we did all original music – I wrote songs. It was in 1978 or 9.
Carox: So you played locally?
Russ: Our first gig was in Clear Lake in a church. We played for the kids, they had a teen thing for amateur talent. We set up there and jammed and played all our own songs. 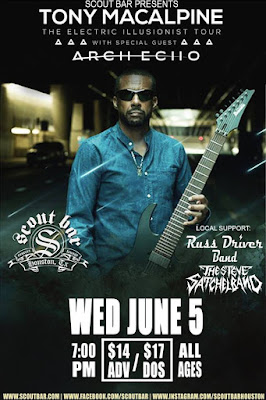 Carox: Did you ever have a guitar teacher?
Russ: No. When most of my friends were partying on the weekend in high school, I would just go home and sit in my room. There were days it would be for 8 hours that I would just sit in my room and play along to albums. 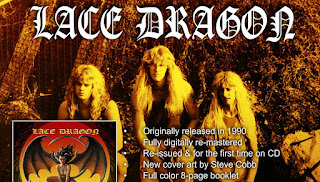 The Russ Driver Band is an all instrumental hard rock/metal from Texas with influences John 5, Gary Hoey, Michael Angelo, Gary Moore and Steve Morse, featuring Russ and drummer Steve Campbell. Russ has supported with such acts as John 5, Michael Angelo, Vinnie Moore, Gus G, Angel Vivaldi, Nita Strauss, Marty Friedman, Immortal Guardian and Tony MacAlpine.You can see a list of shows to support Russ here. There is also merchandise available created by Vixen Tees & Graphics, designed and redrawn from the original artwork, photos are included in this post. Russ is getting to the point where he can longer work and has a large family of rescue dogs that are his life and loves to care for.
Please share this interview to all your friends and open your hearts: https://www.paypal.me/Russdriver
Cancer Russ Driver Support