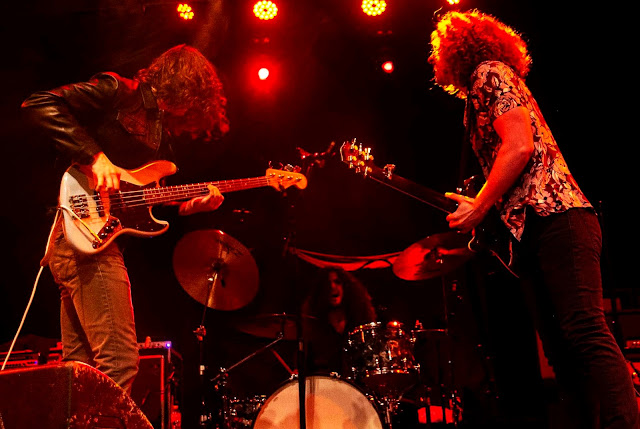 
Carox: How many gigs have you just played?
Nick: We have played around 30 – 33 as of now.
Carox: Are you getting tired yet?
Robert: We kinda get into our stride after 15 gigs or so.
Carox: When did the tour start?
Nick: Back in March!
Carox: How is it going?
Robert: It is really fun! It is different every day.
Nick: It is different and the same. It has been my favorite tour so far. People are great. The Buckcherry guys are awesome. Super fun guys and the crew are great.  They play great and go hard every night. There is a lot of respect. They don’t have any backing tracks. They got nothing in a world where people praise all these bands where 90 percent of what is being performed is being played on speakers not performed.
Carox: It is interesting you said that because I recently saw a show like that and was confused about who was singing then saw it was a recording. Is all your music original?
Nick: Yes, except we do a cover of Mississippi Queen. We are playing our new record Place in Time and then some other stuff that will be on our next release.
Carox: When did your new record come out?
Nick: Yesterday actually!
Robert: Oh happy 4/20 by the way!
Carox: How long did it take you to write that album?
Robert: One of them we recorded half a year ago, and then we have another one from before. Then we have five new songs.
Carox: Do you write music during and after a tour?
Nick:  Yes, we had just come off tour with Royal Bliss – they are great, great people.
Robert: Yes it just comes out!
Nick: We had been touring all year. It was our first real true hard year of just hitting it hard and that was just a byproduct and when we came of it, the label called us and said, “We can’t wait to see your new stuff” and were like ‘Oh yeah!”
Carox: When you are on tour - what is it that inspires you? Is it the crowd?
Nick: Not the crowd at all. I think it is everything else. When you are travelling around – you really are left to yourself and your thoughts – I write a lot of poetry and little notes to myself and sometimes Robert will send me some ramblings of whatever!
Carox: But that’s important because you are artists!
Nick: I think we have come to a point now where we are beginning to understand ourselves as creators and now there is this quiet non vocal communication between us and I feel that we really do know what is going on. It is the tip of the ice berg with each other and as we write more together… we always fall in line – we know where the other one is going, like I get it, you know.
Carox: Does the rest of the band also contribute to the song writing?
Robert: The whole band – everyone contributes. Different songs happen different ways but we all contribute.
Carox: What do you guys do to relax?
Nick and Robert: Listen to music and sleep.
Carox: Is it easy to sleep on the bus?
Nick: You get used to it actually. Sometimes I can’t sleep on a bed. We get used to the rocking and bumping. It becomes like a comforting noise.  I kind miss the noise when I am in a house now.
Carox: Has it tested your friendships to be such a close space with everyone?
Nick: I think moments of bickering sometimes we get bugged by each other and sometimes someone is in a bad mood but that happens anyway.
Carox: Where did you play last night?
Nick: We played in Memphis, TN. We got a free tour of Graceland. I got to VIP stuff later. I got to hold Elvis Presley’s microphone, the one he used and I saw his rings. I got to sing in his microphone. It still works. He had a pair of boots.  I got to put one of them up to my shoes – same size – that was so cool.
Being in the jungle room where he did his last record – there was so much energy in that room. I am a huge Elvis fan. I know every Elvis song by heart. The whole soundtrack from Tickle Me – challenge my internet! I was actually going to do a spot on Elvis Radio on SiriusXM.
Carox: Do you sound like him when you sing?
Nick:  Only a really deep listener with an understanding of his music might get it.  The first song I ever learned how to sing and play guitar at the same time was That’s Alright (Mama) by Elvis Presley. That was my introduction to him because I wanted to know what he liked. I wanted to learn all about the Blues, and R&B the GospeI found all the music that I would take and create my own life with from Elvis.
Carox: Tell me what you would like to say to your fans?
Robert: We love you!
Nick: Thank you for being our fans and giving us So. Cal guys so much support!


About Joyous Wolf :
Joyous Wolf is a Heavy Metal/Delta Blues rock n roll band hailing from Southern California and consist of vocalist Nick Reese, guitarist Blake Allard, bassist Greg Braccio, and drummer Robert Sodaro. Joyous Wolf is with Roadrunner Records and have just released their debut EP Place In Time.
Tour Dates
About the Bands in support of Buckcherry with Links:
Rozy from  Rosenberg, Texas consists 19 yr old Zoe Flores who plays Guitar, sings and song writes while 18 yr old drummer and backing vocalist Molly with Brandon Martinez as a guitarist.
Downfall 2012 is a 3-piece alternative metal/active rock band from Houston, TX.
Faceplant is a rock band from Pasadena, Texas.
Buckcherry released on March 8th worldwide their new full-length album Warpaint. Leg one covers markets in the U.S as well as Western Canada with support from. Leg two will run from the end of May through September. VIP experiences will be available for all shows and can be purchased at Buckcherryvip.com. 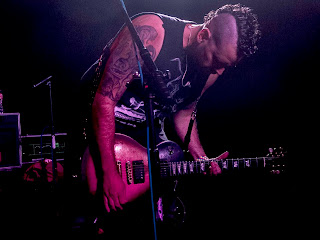 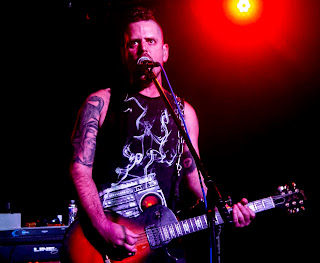 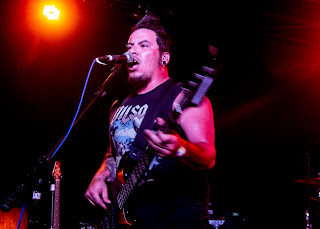 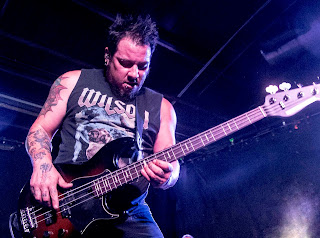 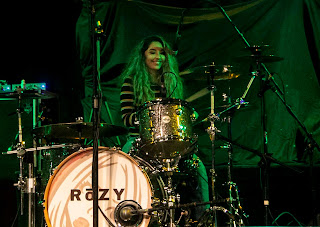 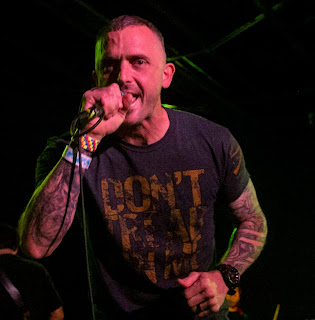 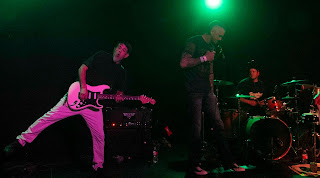 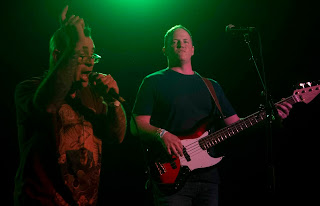 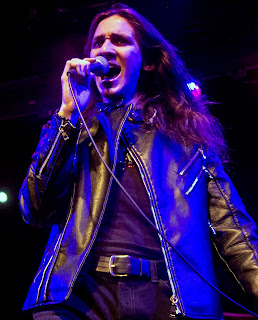 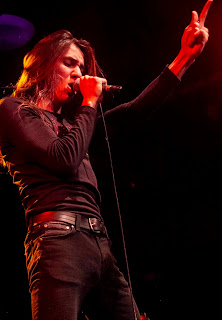 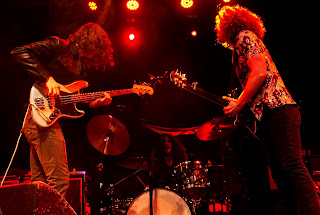 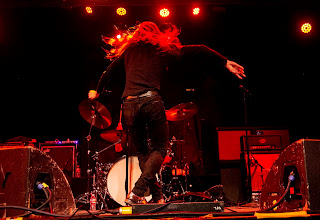 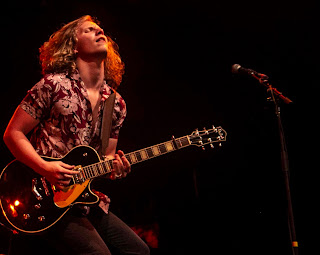 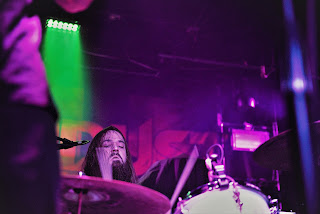 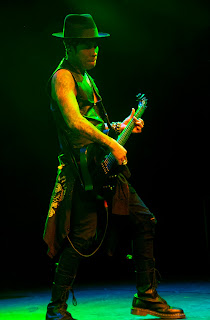 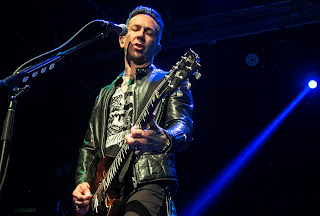 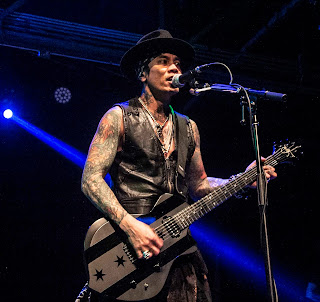 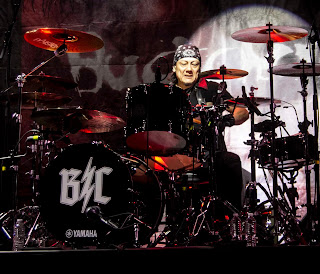