Adam Ant has announced Hollywood rockers Glam Skanks to open his 2019 Friend or Foe USA tour in which he’ll be playing the landmark album live in its entirety for the first time, including “Goody Two Shoes” that made him a household name, plus his classic hits and personal favorites. 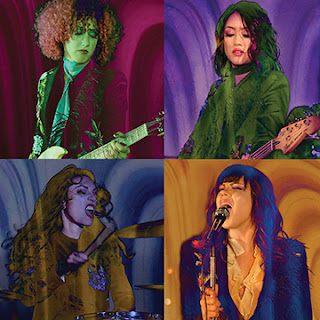 Glam Skanks are a buzz band known for their provocative, colorful style with influences ranging from T Rex and The New York Dolls to Aerosmith, AC/DC and Led Zeppelin. Their forthcoming album, “Anywhere In Between” is produced by GRAMMY-nommed producers Bruce Witkin and Ryan Dorn. They’ve also opened for Alice Cooper, The Skids, played as Cherie Currie’s (The Runaways) backup band, have jammed with Steven Tyler, toured Europe twice and director Kevin Smith featured their music in his “Yoga Hosers” film starring Lily-Rose Depp and Harley Quinn
Smith.