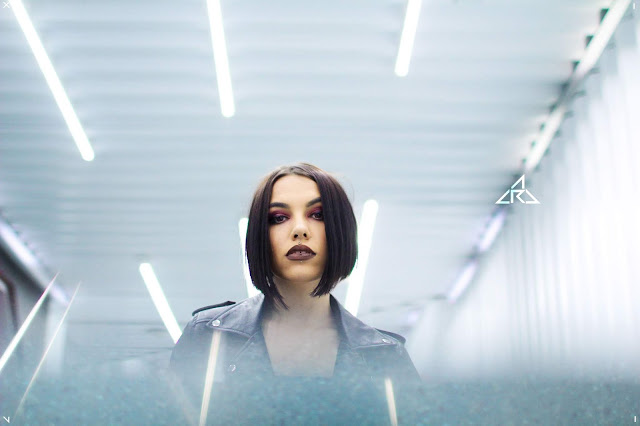 -Talk about how music has influenced you each individually in your daily living.
DXRLING- All I know is that life would be really weird without music. It makes getting through the inevitable ups and downs of life a much smoother adventure.
RANDY- I have pretty much built my life around it.
-Where do you each find yourselves listening to music most often?
RANDY- Usually in the car, while hiking Runyon Canyon and while working out. I have a few playtists I like to listen to to get me pumped up.
DXRLING- I listen to music most when I’m stuck in LA traffic, for example, on the hour ride to the grocery store that is two miles from my house. Lol. I also listen to music a lot while I’m working from home and when I’m at the gym.

What are your favorite brands to use when it comes to the instruments, mics, amps, pedals and so on? Why do you favor them?
RANDY- Ibanez basses are my fav :) I love them because they are light weight (which makes my job a little easer LOL),  fairly smaller then other basses, and sound amazing!! Kemper Amps because of the bazillion different options. And last but not least, Shure wireless products simply because they are awesome!

DXRLING- I love my Ibanez guitars and SHURE microphone, I’ve never really used anything else because I’ve loved these brands so much. Although I’d love to play a Taylor guitar.


Talk about your current project. Its conception. How it evolved. The storyline behind its development or any anecdotes that may have occurred during the writing/recording process?
DXRLING- When I met Randy, I was a “one man band”. It was literally me and my guitar and I wrote a lot of folk music and did covers of classic rock songs. We made a new year's resolution for 2019 to make a fully produced EP and we knew we wanted to do something other than rock, so we experimented with mainstream gritty pop that told a story with it’s lyrics and it really worked. And so DXRLING was born.
RANDY- It started off with DXRLING always coming with my other band (STITCHED UP HEART) on tour, and when we could we would always put her on the bill. Slowly from there we have been building up the fan base. Then for new years even 2019 we decided we were going to give it everything we’ve got. As a result we have now released 2 music videos and are in the process of putting the final touches on the EP “The Art Of Growing Up”..
-Where there any conflicts during the recording process? If so, how did you as a band overcome them, if not what do you think is Another Days Armor formula to gel so well? 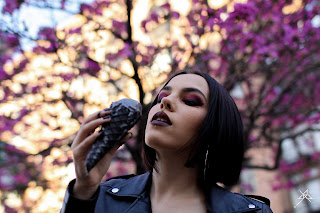 DXRLING- The writing process was pretty challenging but all in a good way. Writing used to be an extremely personal process to me, almost like therapy. So to take my poetry and deepest emotions and heart and soul into a session, and to be told that certain lines “just sound bad”, was excruciating. It really kind of jaded me, but Randy helped me to see the light in the situation and talked me out of throwing in the towel many times. And now I wouldn’t change the writing process of the EP for anything, because it really helped me grow as a person and as an artist.


-Is there a particular part you enjoy more than another in the process of a project?
DXRLING- I love it all but I really enjoy touring and performing, and I love those quiet moments in between shows on long drives where I can just sit in my bunk with my headphones on and look out the window and write. It’s such a feeling of overwhelming freedom.
RANDY- Much like DXRLING said, touring is my favorite part of the biz as well. Theres nothing that brings me more joy then to look out into the crowd and seeing happy fans love your music and singin every word with you. Also when we get letters or emails about how the music got them through a ruff period. That  really makes me feel like it was all worth the while.
How do you know when a song is done and ready to be taken to the recording studio and produced?
DXRLING- The way we did this EP was a little different. We had to block out about 2 weeks of sessions and write AS MUCH AS POSSIBLE in that amount of time because the producer we went with is often in high demand. The first few songs I wrote were absolute shit but as time when on, good things started coming out of me onto the paper. Our first single “Misery” literally spilled out of me. I was like UM WHERE did that come from? Sometimes songwriting feels more like sorcery haha. When I took it into my producer he was like “Holy crap, this is good.” When you know, you just know.


-Looking towards the short and long term of where you might be currently- where do you see yourself (yourselves) as an artist/band in 2019 and beyond?

DXRLING- Well we have our first international tour coming up in November with Stitched Up Heart and Kaleido and after that, we hope to tour as much as we can! We want to make more music videos, and cool merch, and bring it all to the people. Our heart and souls are in this project and we aren’t going to stop pushing it anytime soon.
RANDY-  Right now we are still building the brand, but i can see us taking it really far. Sky is the limit. I was told to dream big, and we have some really big dreams… Also, the fact this insane drive DXRLING has. 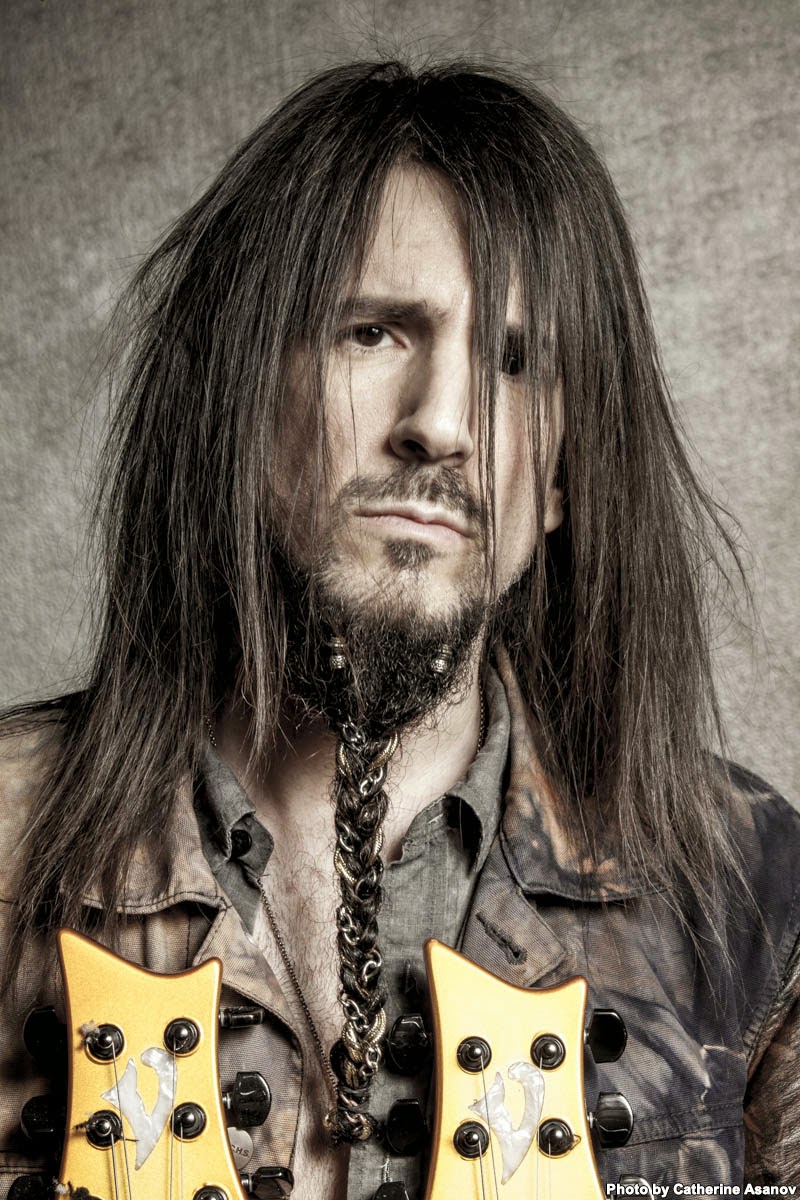 “Music Stands on its Own Merit.”- Ron “Bumblefoot” Thal

“Music Stands on its Own Merit.”- Ron “Bumblefoot” Thal 03/19/15 Song River Some may call a child of seven who ventures into studying music, and by twelve is teaching lessons, and recording, a prodigy, but Ron “Bumblefoot” Thal, feels even though his growing up may be considered a bit odd, he still did normal kids things... he just added in music, and an insatiable appetite to learn. A sly grin came across Ron's face, “ I was just very dedicated and focused, I really enjoyed the pursuit. Academic studies were of interest to me, and so was teaching my neighborhood friends guitar and, recording my own songs. Think about it, if no one hears it... it doesn't exist! I feel even today education is the same way. Give the people, the kids, the tools. I love teaching, still do. Its a way of giving and receiving back all at the same time.” It would seem sitting still has never been an option, as Ron has always been busy musically and academically. Ron went on,