October 28, 2019
WATERPARKS'
AWSTEN KNIGHT
ANNOUNCES NEW BOOK YOU'D BE PARANOID TOO
IF EVERYONE WAS OUT TO GET YOU: A COLLECTION OF
PERSONAL STORIES AND INSIGHTS 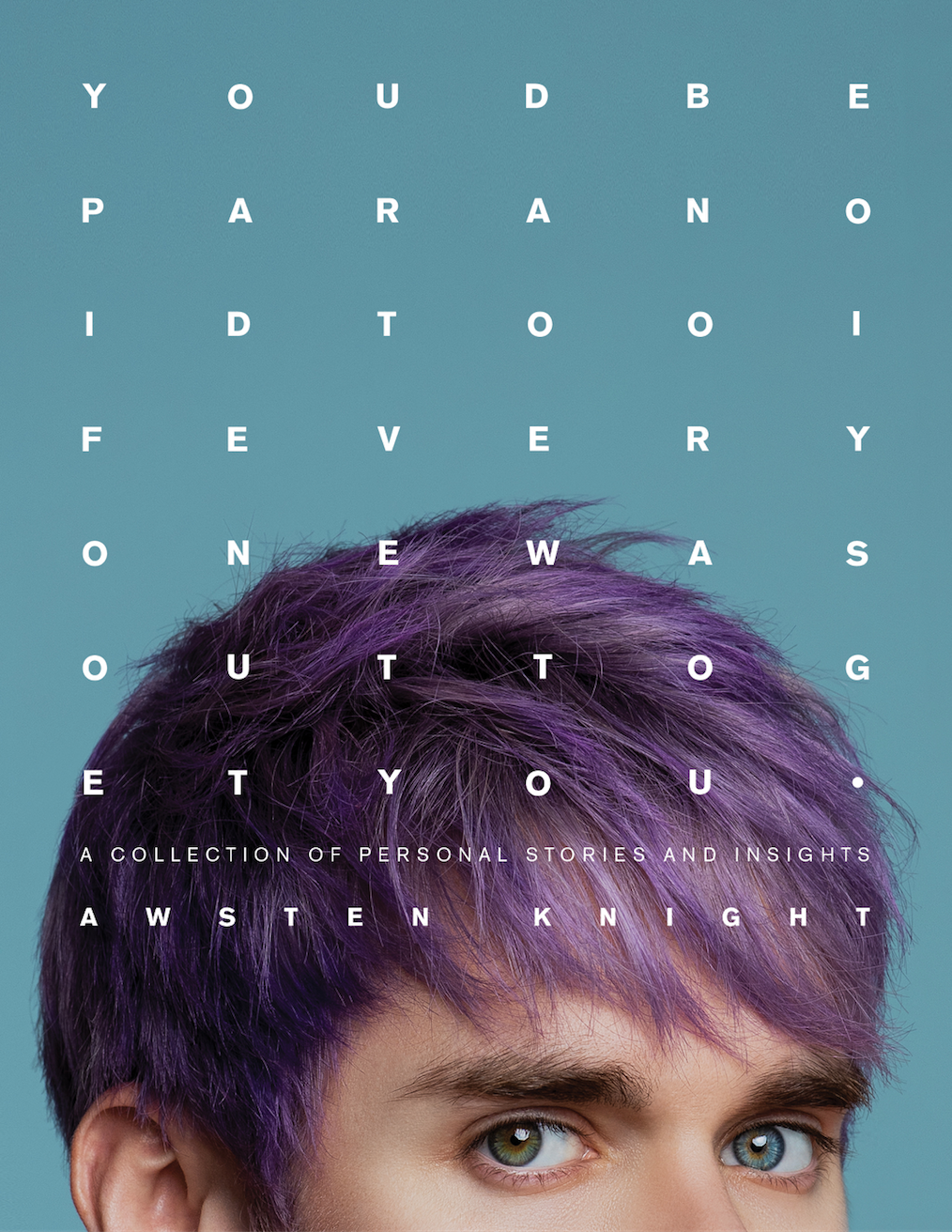 October 28, 2019 - Los Angeles, CA - Waterparks' frontman Awsten Knight has announced his debut book You'd Be Paranoid Too If Everyone Was Out To Get You: A Collection of Personal Stories and Insights, out November 12th. Pre-orders available at: http://www.mddnstore.co.

Two versions will be available for purchase, with one being a Limited First Edition run (only 1,000 printed), featuring an all black book with black gilding encased in a hand screened static shield bag. It will also come with a functional Awsten Knight brand OXXXA analog spirit conjuring machine.

Awsten Knight is in a band called Waterparks. Whether or not you know that is beside the point, what you need to know is that he speaks the truth about some very important things. Since his band has rocketed to success he has been around the world and back again, and he has brought back some very keen observations and insights that will be incredibly beneficial to your life. If you want an honest take on how things really work, as seen through the eyes of an early twenty-something musician with impeccable taste in sunglasses and a forever color changing mop adorning his top, look no further, this book is for you. You'd Be Paranoid Too (If Everyone Was Out to Get You) differs from other musician's autobiographies in that Awsten Knight has decided to take his fans along for the ride with him on this one. Having the unique ability to speak to people on a real level is one of the things that sets Awsten apart from other frontmen-and in his debut book, Awsten has woven personal tales of life and love in with a barrage of real unanswered questions. Dealing with toxic people, learning to love yourself, and waging war on an evil monopolistic mega-corporation are merely a few of the topics you will delve into when you look inside this young visionary's mind beyond the thoughts that usually make up 280 characters.

Earlier this month, Waterparks released FANDOM, the follow up to the highly successful 2018 release Double Dare. Starting off with the brutally honest critique of fandom and success with the unfiltered and unmitigated, "Watch What Happens Next" and following up three days later with the deeply personal and wonderful pop of "Dream Boy," Waterparks erupted into summer with the directorial debuts of Awsten Knight and historic adds to Sirius XM, Radio Disney, and MTV. The song is currently on the Sirius XM Hits Top 20 chart and rising at Pop radio (#70 this week). Buoyed by additional single releases "[Reboot]" and fan favorite "High Definition," the band enjoyed over five global Twitter Top 10 trending hashtags throughout the album roll-out. Last week, they reached the Number 1 spot on Billboard's "Emerging Artist" chart.