Interview with Beneath the Hollow 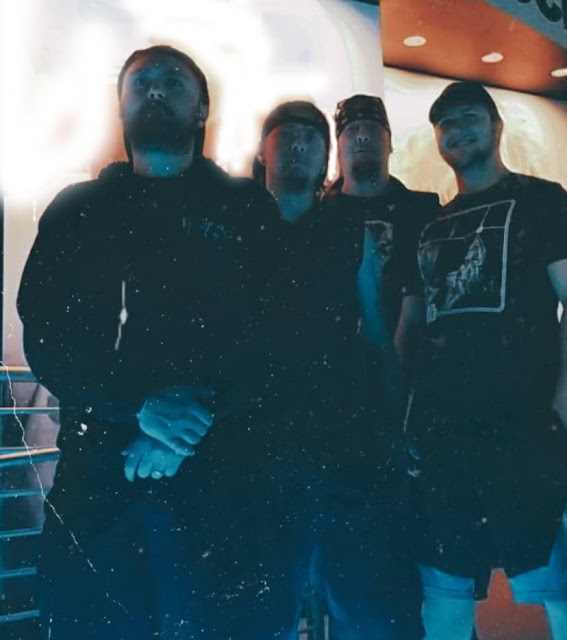 Ray Carlson: Please introduce each member of the band.

Ray Carlson: Where did everyone grow up?

Ray Carlson: At what age did each of you pick up a musical instrument? What instrument did you each learn first?

Jesse: I was 13 when I started playing guitar. Lucky enough to have an incredible guitarist for a Father so I feel like I had a huge advantage and access to a lot of older music I probably would have missed otherwise.

Jesse: not as good as it used to be honestly. Chicago and the suburbs have seemed to fall off on metal compared to 10 years ago.

Ray Carlson: Do each of you have a favorite band Tshirt you like to wear while performing?

Jesse: I usually support one of my buddy’s bands if I wear a band tee. Knives Out, Dog Fashion Disco or El Creepo! But lately I’ve been wearing this badass button up work shirt from Dirtbag Clothing

Matt: if I’m in a tee shirt it’s usually a Dirtbag shirt.

Ray Carlson: Talk about your current project, Its conception. How it evolved. The storyline behind its development or any anecdotes that may have occurred during the writing/recording process?

Jesse: We are wrapping up the recording on what will be our next EP. It will feature our latest single “Spellbound” and 4 new songs.

Ray Carlson: Were there any conflicts during the recording process? If so, how did you all overcome them, if not what do you think is The Northmen's formula that keeps everyone chill?

Jesse: None really. We’re all open to trying anything. We give each other suggestions and if they work great if not that’s fine too. It’s all about what’s best for the song.

Matt: there used to be the blow out fights between Jesse and I. But we are really on the same page now days. All pulling in the same direction.

Ray Carlson: Is there a particular part you enjoy more than another in the process of a project?

Jesse: I love it all. I do all the engineering, mix and mastering of our music. So I enjoy watching it all come together. Once the songs are totally finished and mastered it’s always fun to compare it to the original demo.

Matt: My favorite part is bringing the songs to the stage and sharing them with an audience.

Jesse: write the best music you can, and try to get out and meet people at shows as much as possible. We make new friends, not fans.

Jesse: We are focused on finishing up this new EP, and getting out there to support it anywhere and everywhere they will have us.

Ray Carlson: A final piece of advice you wish someone had given you ten years ago?

Jesse: “stop worry about playing as fast and technical as possible and focus just on writing good songs.” Which I’m almost positive I did receive but I was too stubborn to listen at the time. Haha