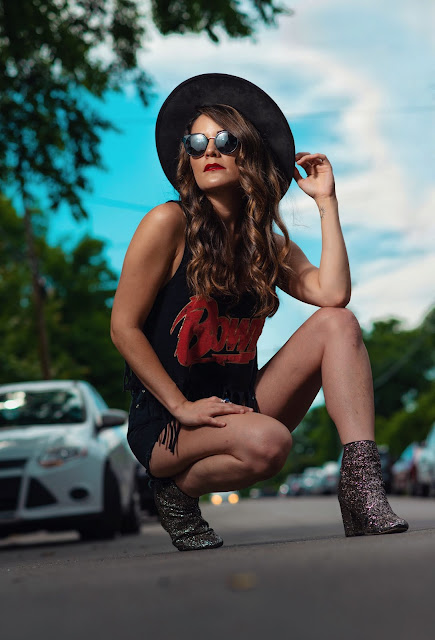 Alice: Let's start off with an introduction.

Jenny Teator: What's up ya’ll? My name is Jenny Teator. I’m a nationally touring recording artist based out of Nashville, TN singing her heart out and having fun doing it. People compare me to a fresh Grace Potter mixed with Demi Lovato and The Black Keys and I’m all about ALL of that.

Alice: What was it that led to the formation of your band?

Jenny Teator: A lot of writing songs and meeting people haha. I found my players through the music scene and their friends. We all just kinda became best friends and each other's players. I have rotating players based on their availability, but usually the same crew!

Alice: Tell us what have you been up to since the last release "Surrender”?

Jenny Teator: Touring a lot! I go on tour with two other artists Sheridan Gates and Meg Williams and we do a lot of house concerts. That has been amazing! I’ve written more songs and recorded a few more.
Alice: If a person asked you what can I expect to hear when I listen to Jenny Teator, what would you say?

Jenny Teator: Guitar riffs, catchy melodies, confidence, and sass.
Alice: Talk to us about your latest project "Daughter of the Devil" and did your daddy approve of the snake?

Jenny Teator: Haha he didn’t know about the snake and honestly I didn’t know till the day of the shoot we actually got the snake. When they suggested it I thought it was a joke… but NOPE! It was awesome though, definitely scary at first but after a few takes, I got more comfortable with her. Her name is Large Marge. "Daughter of the Devil" came to be one of those songs where you just feel good jamming out to it and screaming the chorus in your car. There’s no deep meaning to it, we wanted to create a fictional story of a girl who was raised by the devil (the bad guy) who turned out to be a sultry, man teasing, people-pleasing devil blooded woman in disguise. Truth be told though, I really am and will be a daddy’s girl till the day I die.

Alice: Festivals the band would like to play in 2020?

Jenny Teator: I’ll be in the Naples, FL area for a week with the other two girls playing shows, events and schools! Then much needed holiday rest to gear up for 2020!
Alice: Don't you have some really cool news to share that just happened???