Interview with The Stash 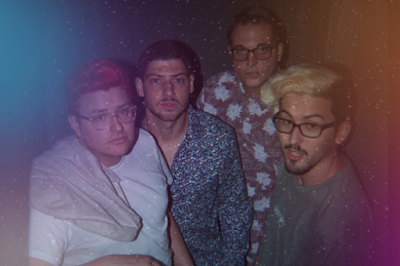 Answered by Christian Evanko (The Stash).

The music scene in Poughkeepsie was a great place to grow up in. Unfortunately, it is not as flourishing as it once was, but I would have to say everyone still participating in it is writing and performing at the highest level they ever have. We had the luxury of growing up at the chance theater, seeing sometimes 3-4 shows a weekend. We were able to study touring bands of every level, across every style and really see what to do, and what not to do. We saw local bands get signed. These were people who were only a few years older than us. It was so motivating to me when I was younger. It helped to show me that hard work paid off. Thanks to the chance theater I learned that if I put my nose to the grindstone and stay focused, maybe it isn’t just a dream. Growing up in the Poughkeepsie music scene was a blessing, and something I am very thankful for.

I started playing with the guys about 3 years ago. Back then it was under “Christian Evanko & and co.”. I was just getting back out there as far as writing and releasing music goes and had been burned pretty badly in a past band so I wanted to just go to solo to avoid any issues. Of course, it’s tough to be the acoustic guy at the rock show so I quickly decided it would be great to find some musicians to play with me. During our first tour together we all realized there was a chemistry. By the end of that run, we decided “& co.” was not going to cut it anymore so we decided on something a little more permanent. That name was “Christian Evanko & The Stash”. Slowly over time I started to ease up, and heal from my past scars of collaboration, leading to the guys being more involved in the overall process. And now, here we are haha.

Ray Carlson: Were there any conflicts during the recording process? If so, how did you all overcome them, if not what do you think is the formula that keeps everyone chill?

There are never any conflicts during the writing/recording process. We all have a very clear vision of what we want the band to sound like and so it’s been pretty easy for all of us to agree. The sound has changed and developed in the year and a half span we’ve been a band, but still, we have always been on the same page throughout those changes. I think the thing is just being open and as transparent as you can in regards to every step of the creative process when working with others. That way, everyone is always in the know, and no one feels left out.
Ray Carlson: Is there a particular part you enjoy more than another in the process of a project?

Writing would have to be the best part of the process for me. There is nothing better than sitting down with your guitar and catching a groove. Exploring that groove and seeing where it can go is always exciting and fascinating.

I think the best way to stand out in this fast-paced age of social media is to just be authentic. So many of us only try to show our best moments online. That’s fine, and people like to see that kind of stuff. But I also think that it’s not bad if you’d want to share some of the harder times. It’s only human, and that’s a touch we are trying to bring more to our internet presence. A more relatable, human feel.

We’re working on a lot right now. A constant flow of music to be released to end the new year. As well as a constant flow of music to keep things going into 2020. We are always writing. We also have a few different touring plans on the table for 2020 already. Unfortunately, it’s still a little too early to announce them but, keep an eye out for us. We’ll be very active going forward!

Ray Carlson: A final piece of advice you wish someone had given you ten years ago?

My only advice would be to learn the business. If you really want to make this a career you’re going to have to. Writing great songs, and being a talented musician is only half the battle. Learn the business as early as you can.
The Stash