5 SHOTS! with Dark Below 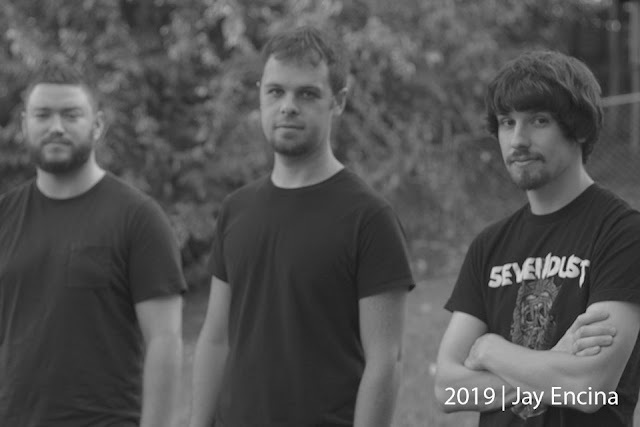 Please give us 5 Facts about yourself that no one else may be familiar with.

Josh Campbell - I don't come from a musical family at all, at least as far as playing music is concerned. I recently found out that my cousin's daughter plays piano, but she is the only other person I'm aware of in my entire family that plays music.
Quin Koldan - I'm a decent chef, and I like to cook. I also graduated from college with an emphasis in Math and Computer Science.
Josh Grove - In my free time, I'm a big fan of firing up the smoker and grilling a brisket all day. I can also wiggle my ears, which is a super useful talent.

Name 5 songs written that have had an influence on you. Whether that is physical, mental or spiritual.

Name 5 music videos that have struck you cinematically. And write a couple of sentences about why you have chosen them.

Josh Campbell - Guns N' Roses - November Rain - I remember seeing that video for the first time when I was a kid and just thinking that it was really cool in general, but as someone who wanted to play guitar, when Slash comes out and plays the solo at the end it's totally badass.
Quin Koldan - I always liked Linkin Park's song 'Numb' but when I saw the video I was blown away. Another one is the video for 'Getting Away with Murder' by Papa Roach. Even though it's a performance video I liked the song a lot and liked the aesthetic of the cinematography.
Josh Grove - The video for One By One by the Foo Fighters was an addition to the Foo's CD that my dad owned. I remember playing that video on repeat and wanted to grow up to be like Dave jamming out in the video.

Favorite food to eat before and after a performance?

Josh Campbell - I really can't think of much, but I do get made fun of for liking Nickelback sometimes. I'm not a huge fan of some of their stuff (especially that country song) but they have had some kick-ass songs.
Quin Koldan - I don't like admitting it but I'm a fan of a couple Kelly Clarkson songs.
Josh Grove - Mumford and Sons. The other two love to give me shit about it all the time.