CAPTURES TWO SPOTS IN THE HOT 100 WITH "HEARTLESS" & "BLINDING LIGHTS" 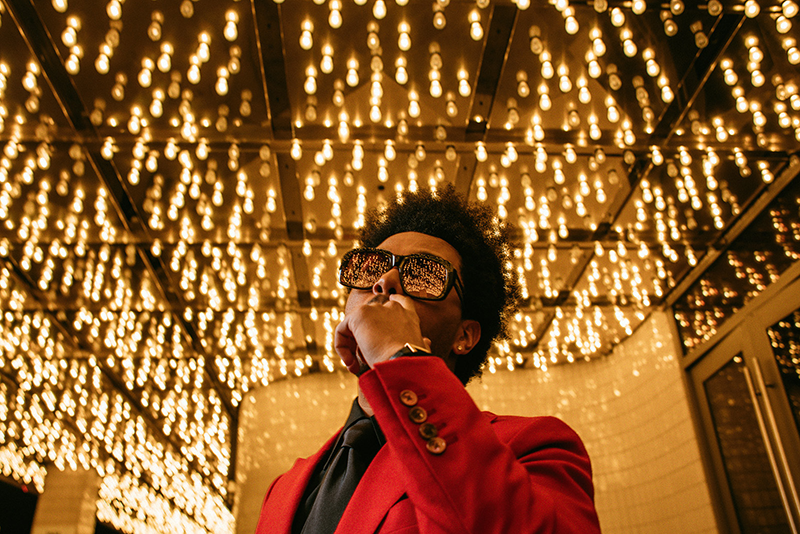 Logging a pair of entries on the Billboard Hot 100 this week, GRAMMY® Award-winning diamond-certified Toronto R&B / Pop icon The Weeknd captures #1 on the chart with his latest single "Heartless" as "Blinding Lights" takes the #11 spot, also making him the only R&B artist to hit #1 in his first full week on the charts in 2019. "Heartless" immediately shot up to #1 making it his 4th #1 to date, and both tracks have earned over 550,000 consumption domestically, and over 1 million globally.

To date The Weeknd has notably tallied a total of 9 career Hot 100 Top 10 hits. Both "Heartless" and "Blinding Lights" are also the #1 and #2 Streaming / Sales Tracks overall in the US, making him the first R&B artist to claim both spots in 2019 with "Heartless" alone being the biggest one-week debut for an R&B song this year.

Get "Heartless" and "Blinding Lights" here via XO / Republic Records.

His presence can be felt everywhere. He recently joined Mercedes-Benz as the Creative Director for the EQC electric SUV Campaign, took over the Las Vegas strip in order to film the "Heartless" music video, and delivered back-to-back powerhouse performances showcasing some of the most unparalleled creative ever done on late night television on The Late Show with Stephen Colbert. Meanwhile, his big screen debut happens next week as he joins Adam Sandler in the critically-acclaimed Safdie Brothers film Uncut Gems in select theaters on December 13th and available nationwide on December 25th.