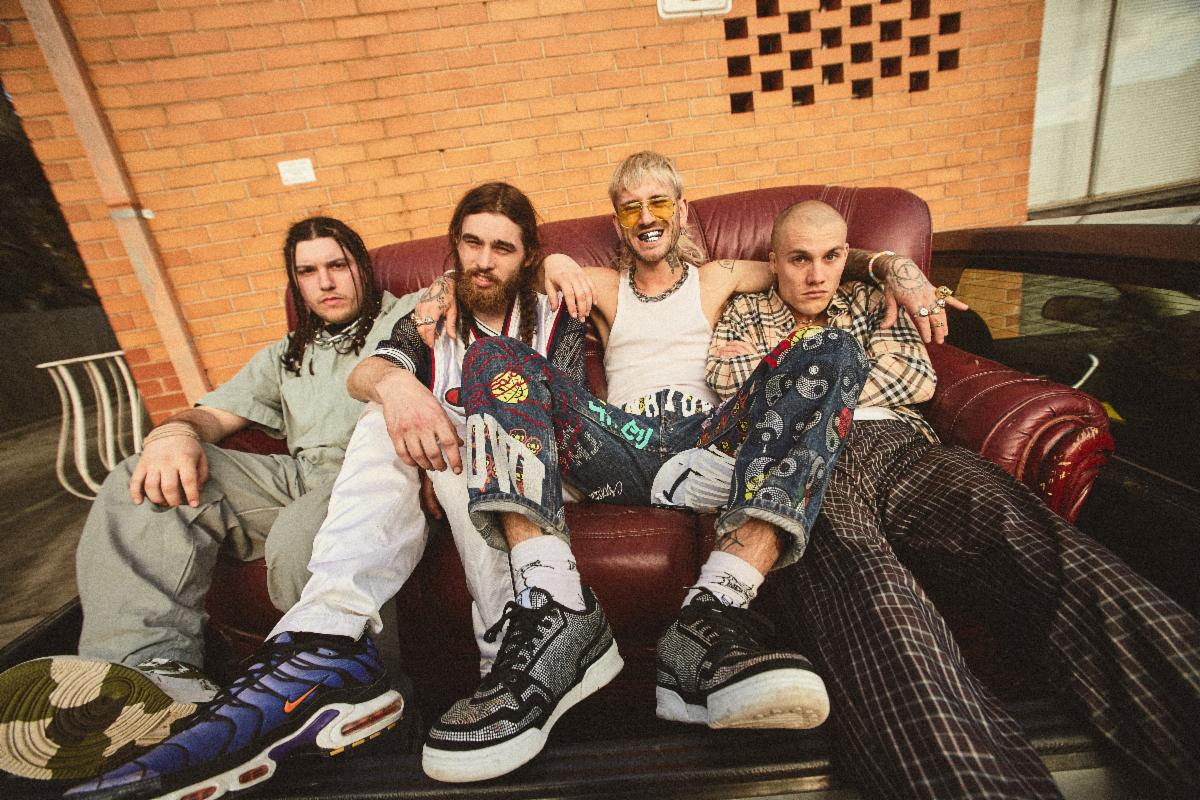 "Sunny takes the viewer on the ultimate 'trip' into the warped and hyper reality of the Oddworld. where the band pivot between lucid imagination and a dreary reality inside the four walls," shares front man Dale Tanner. "We packed in as many references and metaphors as we could, including some that relate directly to our upcoming album ' Flip Phone Fantasy ' and it's artwork."
Fans can stream SUNNY today at unfd.lnk.to/SUNNY.

Last year, Ocean Grove embarked on a sold out national single tour, played Yours & Owls festival and the inaugural Land Of Plenty Festival. They are on the road right now supporting The Amity Affliction's regional Australian tour and are gearing up for plenty more shows later this year.
Hailing from Melbourne, Ocean Grove have quickly ascended to the top of Australia's heavy music scene in recent years, with their debut album 'The Rhapsody Tapes' in 2017 debuting at #5 on the ARIA charts and landing triple j feature album prior to its release. The group have toured globally with the likes of Limp Bizkit, Northlane, and Crossfaith, as well as mainstage festival appearances at Splendour In The Grass and Australia's inaugural Download Festival, and show no signs of slowing down in 2020.