Interview with Alex Stiff of The Fill Ins 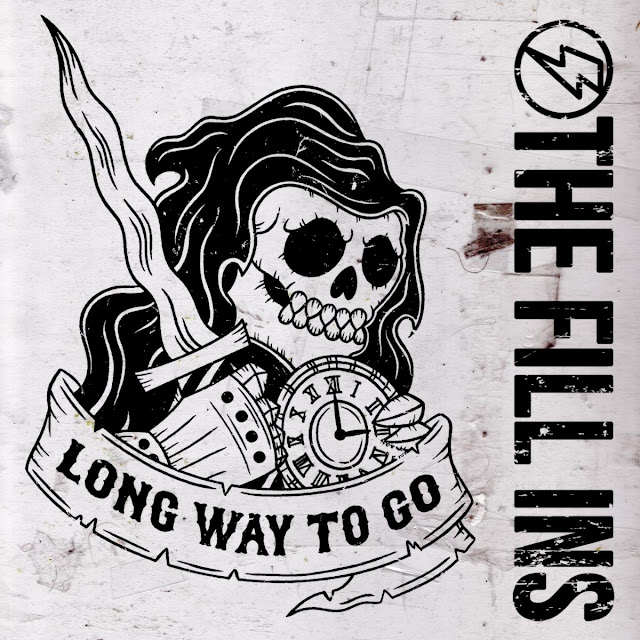 Who are The Fill Ins, give us an introduction and what does everyone do?
Alex: My name’s Alex and I’m the vocalist and rhythm guitarist frontman of The Fill Ins; in addition to Mikey Black on lead guitar, James “Captain” Nunn on bass, and Christian Whittington on the drums. We’re a rock n roll band that still enjoys playing fun music with our friends and making awesome memories along the way! We believe music is a form of escapism, so we like to escape away from the things that sometimes make life a bit chaotic and messy. We don’t push any political message or deeper meaning; just loud, unapologetic rock n roll.

The single/video "Long Way To Go' looks like it was a ton of fun. Tell us the story behind the video.
A: So shortly after getting Christian on board as our drummer, we got a practice space that really seemed to double as a “studio” so that got our brains working. We got a bunch of tapestries and stuff from around the house and dressed our space up to look like some basement out of the late 70s and shot a DIY music video with local filmmaker and photographer Jonny Golian. The idea for the cutaways came from the fact we have had a lot of drummers in our career and wanted to play into it and poke fun at that fact. The first drummer it cuts away to is actually the guy that recorded the record with us (DJ Buchanan from The Walbournes) and other cutaways feature past members in addition to other friends and family sitting in. After Jonny helped us film it on my iPhone, I actually personally edited the video and got it posted! I’ve had a passion for audio and video editing and it’s a ton of fun making videos for the band. We try to do things as DIY as possible.

What is with the mannequin?
A: That’s Paula; our merch girl! She’s been an amazing merch girl for us since about 2015 and figured it was about time she made her video debut. Most bands have hot models pawing on them, we have mannequins in KISS masks. Hahaha!

Is music for The Fill Ins more of a good time or a serious proposition?
A: We’re very serious about the music we make, but we’re definitely a good time band. As mentioned earlier, we just want to play out and have fun with our friends. Rock n roll isn’t dead, it’s just not in the public eye anymore; which can be a bit sucky when you are starved for new music, but the underground music scene is alive and well and we want to make as many friends and play with as many bands as possible. 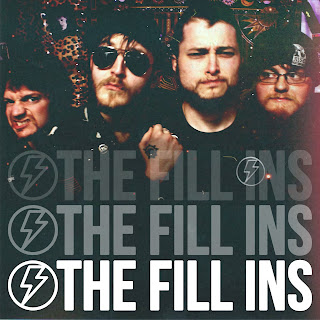 Who does the songwriting for the band?
A: It’s slowly morphed and changed through the years with the earlier songs being mainly my work, but with each record, it becomes a more collaborative effort. This last record was primarily written by myself, Mikey, and James in my living room while we were hunting for a new drummer. Because of that, these songs probably spent more time in the writing process than some of our other records in the past. Mikey might record a guitar riff and send it in a group chat, then James or I will take it and work it out a little more, then we all get together to work out the rest and start forming it into a full song. It’s easy to collaborate with people that are on the same page as you are, and I’m extremely thankful for the great group of musicians I work with and make this band the best it can be.

This single came off your album, correct? Where was it recorded and produced?
A: This record was tracked at Fithman Studios and was mixed and produced by Justin Campbell with engineering by Steve Coleman. This was the first record where we had a heavier hand in the mixing and production process which is why this record has a pretty different tone to it compared to previous releases. This record has been a long time coming and we’re so proud of the finished product.

Who is the label you have released your album on?
A: We’re proud to be on HOBO WOLFMAN RECORDS and they have been absolutely amazing to us. They have such a great roster of bands and Danny (CEO) truly has a passion for music and it shows in the products he releases. I really can’t wait to see what the future holds for us all as we keep moving forward.

What would you like your music to do for the universe?
A: We want people to listen back and go “that band enjoyed what they did” and crack a smile as they turn it up as loud as they can. Music saves lives, and if our music helps at least one person get through life a little easier like the bands that inspired us have, then we did our job. 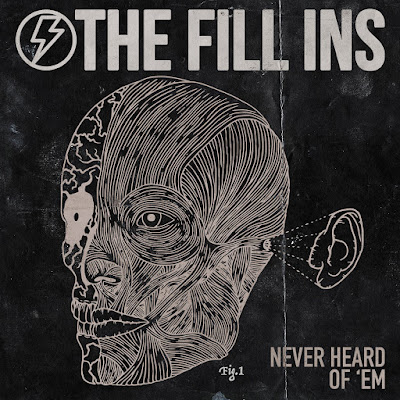