NECK DEEP: ALL DISTORTIONS ARE INTENTIONAL OUT JULY 24th, 2020 VIA HOPELESS RECORDS 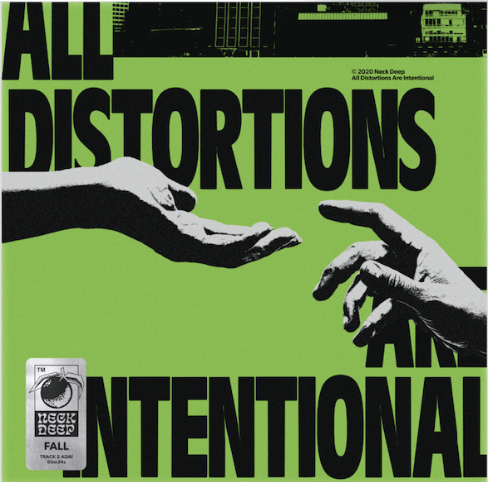 UK-based pop-rock band Neck Deep has released a music video for brand new single "Fall" today, taken from the upcoming album All Distortions Are Intentional. Featuring footage from electrifying skaters such as Cordano Russell, Bone Stalone, Alex Dechuna, Jerrod La Rue, Tommy Corbridge and Roxana Howlett alongside footage of the band skating, biking and enjoying life on the road whilst on tour around the world across the past few years. The anthemic chorus is a beautiful introduction to the summer season and the video showcases everything that Neck Deep loves.
"Fall is a song about excess, release and escape. Although not a healthy coping mechanism we can all relate to turning to substances and social situations to liberate us from the internal struggles of life. This song paints a point in which Jet meets his new-found love, Alice for the first time. A wild night where love blossoms in the midst of excess and escapism, from the come up to the come down and the realities both of those things bring. It sets us up for a love story full of ups, downs, discoveries and epiphanies," shares frontman Ben Barlow on the modern-day love song.
"While we would love to show this love at first sight, Covid19 has made shooting videos all the more challenging. So, we looked at some of the things we love most: fucking around on tour and skateboarding. We decided to reach out to skaters that we have met along our touring journey, that we believe deserve some recognition, and give them a platform to display their amazing talents. We also dug into our archive of tour footage and put it to good use. Giving you an insight into the world of Neck Deep. Expect to get all nostalgic looking back on better days, but also to stoke up some excitement for when things are back to normal. It's all just good-hearted fun, both in the track and in the video and we hope you enjoy listening and watching as much as we and this great bunch of skaters had whilst doing all this crazy shit!"
Fans can tune into the live premiere on Neck Deep's Twitch channel at 1:00pm PT.
"Fall" joins recent singles "When You Know" and "Lowlife" from the band's forthcoming album, All Distortions Are Intentional. Due out July 24, 2020 via Hopeless Records, this album is conceptually rich, with themes of disconnection, existential confusion, and the search for meaning.
The album tells the story of a loner named Jett who we met in the music video for "Lowlife", who lives in Sonderland, a combination of "Wonderland" and the somewhat obscure word "sonder": the realization that each random passerby is living a life as vivid and complex as your own, with their own ambitions and worries. "It's that strange existential realization that you are not the entire world," explains singer Ben Barlow. "Everyone around you feels and lives the same way that you do. You're just an extra in their story."
Neck Deep has partnered with Target for an extremely limited one-time pressing of All Distortions Are Intentional, complete with 2 bonus acoustic tracks as well as alternate cover art and packaging. Fans can pre-order today at smarturl.it/ADAIBonusTrackCD and will also be able to grab the CD in stores on July 24, 2020.
The forthcoming album is the follow up to 2017's monumental release, The Peace And The Panic, which catapulted the band into mainstream success with a #2 charting position on the U.S. Billboard Top 200 Albums Chart and welcomed their first U.S. Late Night TV performance. All Distortions Are Intentional is a journey of self-discovery and personal expression not unlike the rise of the band itself.
Neck Deep enlisted the talents of Grammy-nominated A-list producer Matt Squire (Panic! At The Disco, Ariana Grande, One Direction) to create ADAI, recording in Wales at the legendary Monnow Valley Studio, which has been a recording home for artists like Oasis, Queen, Led Zeppelin, Joss Stone and more. Squire and Neck Deep tucked themselves away at the world-famous residential studio, located in the gorgeous but remote Wye Valley in the heart of the band's native Wales. The decision to create the album 'at home' was an important one; on the eve of what's certain to be Neck Deep's greatest exposure to the world yet, it's a grateful and decisive acknowledgment of where they've come from, both literally and figuratively.
Neck Deep leapt from side project to fulltime band in 2012, after a single track online led to a pair of EPs followed by a deal with Hopeless Records. They struck a chord with a burgeoning audience, quickly heralded as leaders of a resurgence in hook-heavy punk, with an immediate accessibility and fun attitude combined with genuine concern for issues like loneliness, depression, and anxiety. The instant relatability of the band's songs and overall approachable attitude endeared them to a new and incredibly passionate generation, with devotion to rival the biggest titans of melodic rock.
All Distortions Are Intentional marks Neck Deep's arrival as an arena-confident band. Having mastered all of the strengths of the scene that birthed them, Neck Deep have evolved to this next stage, and as their crowds grow larger, it's clearer than ever just how much this "silly little band" has come to mean to people.
All Distortions Are Intentional is available for pre-order today at http://smarturl.it/NDADAI. 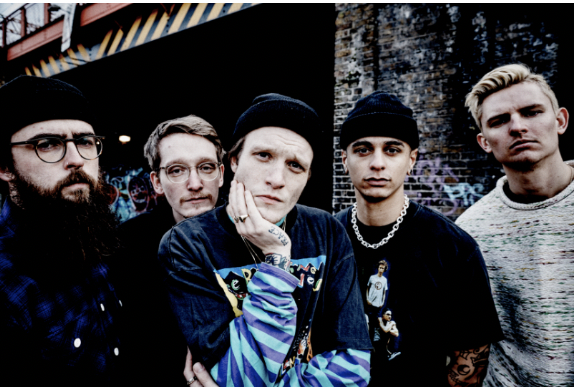