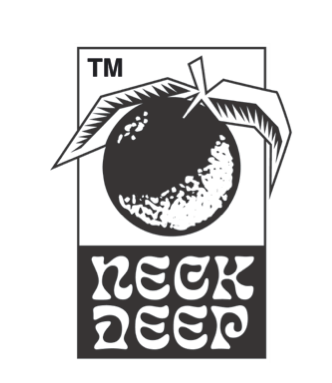 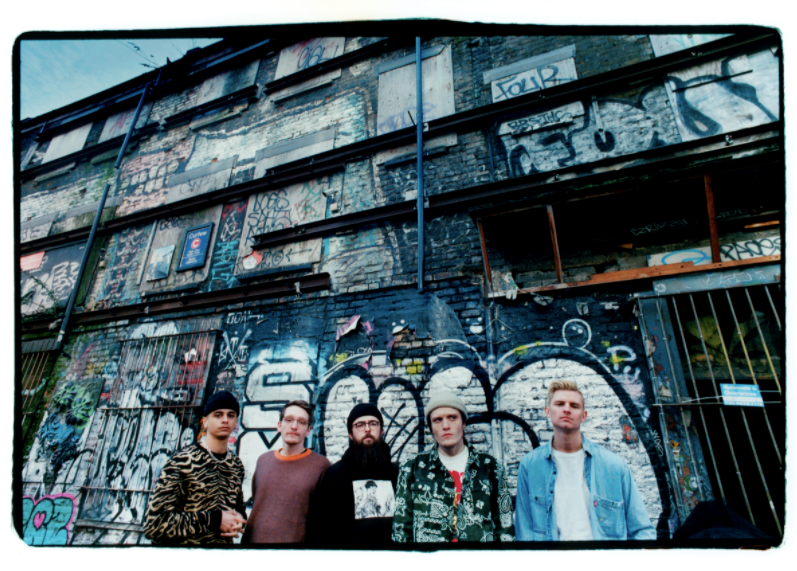 Photo Credit: Steve Gullick
ALL DISTORTIONS ARE INTENTIONAL
OUT THIS FRIDAY, JULY 24TH VIA HOPELESS RECORDS
JULY 20, 2020 - Ahead of this Friday's release of their monumental fourth full-length album, All Distortions Are Intentional, Neck Deep has released "Sick Joke." "It's a song that questions the fabric of reality whilst battling mental health," shares front man Ben Barlow on the track. "Jett contemplates whether life itself is even real, in fairly ethereal terms, due to the internal suffering he is experiencing. Shredding solos, punchy rhythms and stomping drums drive the song along, and it sonically represents the more minor/ driven side of the record."
Fans can check out a brand new music video for the track today at smarturl.it/NDSickJokeVideo. A true team effort, with remote direction and editing from long-time visual collaborators Chris Blockd and Elliot Ingham, each member of the band shot their individual performance sequences at their homes against green screens bought from eBay. Meanwhile, the visuals were created and animated by Harry Mitchell, a fan of the band who has become a close creative collaborative partner over these last few months of the ADAI era.
"Sick Joke" joins "I Revolve (Around You)", "Fall", "When You Know" and "Lowlife" as the most recent single from the upcoming album. The follow up to 2017's monumental release, The Peace And The Panic, which catapulted the band into mainstream success with a #2 charting position on the U.S. Billboard Top 200 Albums Chart, is a journey of self-discovery and personal expression not unlike the rise of the band itself. All Distortions Are Intentional is conceptually rich, with themes of disconnection, existential confusion, and the search for meaning.
The album tells the story of a loner named Jett who we met in the music video for "Lowlife", who lives in Sonderland, a combination of "Wonderland" and the somewhat obscure word "sonder": the realization that each random passerby is living a life as vivid and complex as your own, with their own ambitions and worries. "It's that strange existential realization that you are not the entire world," explains singer Ben Barlow. "Everyone around you feels and lives the same way that you do. You're just an extra in their story."
The band enlisted the talents of Grammy-nominated A-list producer Matt Squire (Panic! At The Disco, Ariana Grande, One Direction) to create ADAI, recording in Wales at the legendary Monnow Valley Studio, which has been a recording home for artists like Oasis, Queen, Led Zeppelin, Joss Stone and more. Squire and Neck Deep tucked themselves away at the world-famous residential studio, located in the gorgeous but remote Wye Valley in the heart of the band's native Wales. The decision to create the album 'at home' was an important one; on the eve of what's certain to be Neck Deep's greatest exposure to the world yet, it's a grateful and decisive acknowledgment of where they've come from, both literally and figuratively.
Neck Deep leapt from side project to fulltime band in 2012, after a single track online led to a pair of EPs followed by a deal with Hopeless Records. They struck a chord with a burgeoning audience, quickly heralded as leaders of a resurgence in hook-heavy punk, with an immediate accessibility and fun attitude combined with genuine concern for issues like loneliness, depression, and anxiety. The instant relatability of the band's songs and overall approachable attitude endeared them to a new and incredibly passionate generation, with devotion to rival the biggest titans of melodic rock.
All Distortions Are Intentional marks Neck Deep's arrival as an arena-confident band. Having mastered all of the strengths of the scene that birthed them, Neck Deep have evolved to this next stage, and as their crowds grow larger, it's clearer than ever just how much this "silly little band" has come to mean to people.
Neck Deep has partnered with Target for an extremely limited one-time pressing of All Distortions Are Intentional, complete with 2 bonus acoustic tracks as well as alternate cover art and packaging. Fans can pre-order today at smarturl.it/ADAIBonusTrackCD and will also be able to grab the CD in stores on July 24, 2020.
All other pre-orders including exclusive merch bundles are available today at http://smarturl.it/NDADAI.
Neck Deep is Ben Barlow (Vocals), Matt West (Guitar), Sam Bowden (Guitar), Seb Barlow (Bass) and Dani Washington (Drums).
Follow Neck Deep
Facebook: http://www.facebook.com/neckdeepuk
Instagram / Twitter: @NeckDeepUK
App: https://shop.gigrev.com/neckdeep