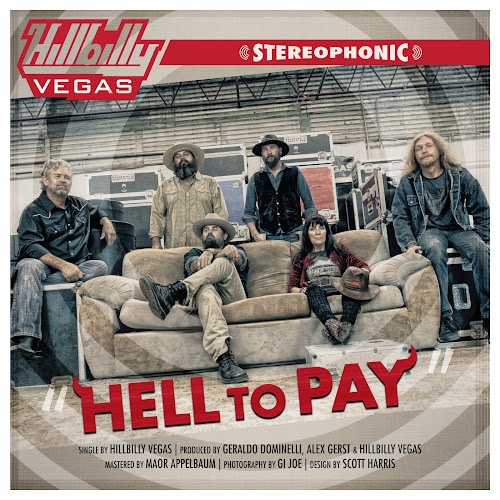 Steve Harris-We are actually from Oklahoma and Arkansas. We are border town people. The best part of where we come from is the fact that we are a mixture of the south and the southwest.  Personally, I’m a proud member of the Cherokee Nation and as a band we are all proud Oklahoma Sooners and Arkansas Razorbacks!

"Hell To Pay" feels like a song that might have been in the movie 'Easy Rider'. Thoughts?

Steve Harris-Yeah I get that. We’d love "Hell to Pay" to be in any movie. Disney, Hallmark, Cartoon Network... anywhere it can be heard. "Hell to Pay" is about chasing a dream before the ravages of time end it all.  The metaphor we used for our story was riding hard in search of that dream. It’s autobiographical.

Clearly, most songs carry some deeper meaning, unless it's pop then maybe it's about boy/girl. What is the driving force behind the scenes of Hillbilly Vegas to keep producing solid southern rock n roll?

Steve Harris-We never set out to be anything other than who we were.  Being from Oklahoma/Arkansas shaped our sound. Rock and country are intertwined here. So it wasn’t a conscious effort to be southern rock. It’s just who we are. We love big loud guitars and rowdy music playing while we talk about our life in the south. We sing about struggle, drinking, parties and chasing the best things in life before it’s all over. We just write and sing regular people stuff because that’s who we are.

What is your approach or plan for making your music?

You have performed and shared stages with many well-known bands. For some that is a dream, yet here you have lived it. There must have been some great adventures that came from those times, can you share?

Steve Harris-Oh yeah we sometimes can’t believe we are sharing a stage in support some of the biggest artists in the world. Some are our musical heroes. It’s such an honor and yes we feel like we are in a dream sometimes. We have been so fortunate to be able to get on a bus and travel all over and play music that we created and find out there are people out there that love what we do too.

Shifting gears...As far as strange stories, I think one of the coolest things that happened to us recently was being paired up with Insane Clown Posse at Sturgis. Hillbilly Vegas and ICP don’t seem like a great fit on paper but sometimes you just got to toss that “on paper” thing out and go for it. Anyway, so we got there and got all set up. We are never afraid to play with anyone but this one seemed like maybe it was a bit too extreme to work. So anyway, when we were introduced it was just so quiet and I’m staring out at all the ICP fans. They call themselves Juggalos. They are all in their costumes and they’re staring back at these southern rock dudes (is) like we are from another planet. Finally after what seems like an eternity but was really a few seconds, I just said “hey we are just as surprised as you, but here we all are!” Then we hit that first big, loud guitar chord and that’s all it took. We had a great show and they were a fantastic audience. A couple of the guys in ICP watched our show from side stage and after met us with hugs and were just as amazing as their fans. I guess the moral of the story is two fold-Don’t judge a book by its cover and Hillbilly Vegas can play with anyone.

We never stop learning. What have you all learned along the way that may have been the most prodigiously expedient to accomplish what you have so far?

Steve Harris-Honestly, it’s to be ourselves. Write what we write, sound like we sound, and don’t let anyone change any of it. Early on we were guilty of letting a record company and producer change our sound and it didn’t work. Here’s what we learned about that...long after those guys walked away and went to the next project we were left living with that failure. So we decided we wouldn’t cave to any sort of pressure like that again. Whether they loved what we did or not we were going to be ourselves and love what we create. Since that time bigger and better things keep happening.

Steve Harris-We missed an opportunity to play overseas in 2020 due to the ongoing worldwide health crisis. When things return to whatever the new version of normal is going to be, Europe is our big goal. That’s the biggest thing on our bucket list. Other news, we have a new full-length album on the way in early ‘21 and we just want to get back out and play music.

Steve Harris- The same thing I’d like everyone to do for the universe. Get together!  We all have more in common than we sometimes believe. I just want our music to make our little part of the world a happy, entertained place. 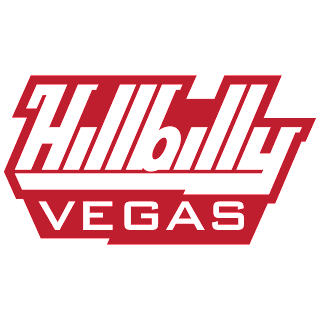