Interview with Mark Wolfe of Unveil The Strength 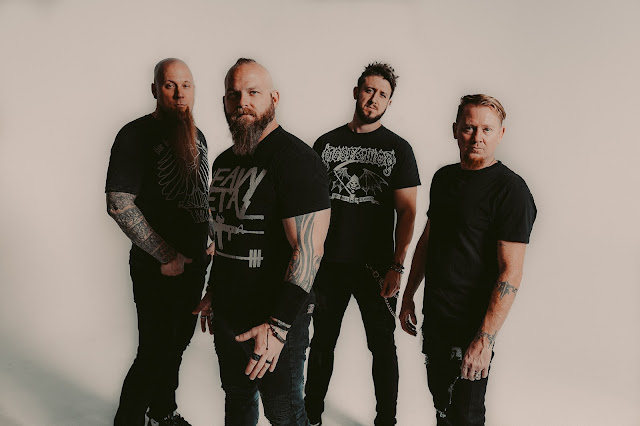 "You can't be everything for everyone. Don't overthink things, this is supposed to be fun. Even right now if you’re a musician you have the ability to make someone's day better. I saw a clip of EVH (R.I.P.) and he said “ Just keep playing man!” It's simple and truthful."- Mark Wolfe Unveil The Strength

Karen Fember for BANGS!: Everyone has walked from several different directions to form Unveil The Strength. Seems as if it must have a story?

Mark Wolfe: Yeah It really started off with this idea of just getting back to songwriting. I did some songs showed them to Matt, he wanted to be a part of it, and everything has been moving since.

BANGS!: There is a sense of many layers in what you produce. How much of that do you want coming across and how much do you want the audience just rocking out too hard rock sounds?

MW: I think there has to be a balance. When you have Layers the songs have to be simplifiedIMO if you want it to convey properly otherwise things can get a bit busy. The goals of our songwriting are usually built around the vocals. We start with the chorus, add a tasty solo, and usually add an electronic element or layer depending on what the song needs. We really want people to get something stuck in their head.

BANGS!: This cover of KsE "The End of Heartache" really takes on an emotional cue- almost brooding. What elements do you think brought this darkness to light? There must have been a reason you were drawn to this song as a band. Talk to us about it.

MW Its one of my favorite KSE songs. The piano was done by Sean Townsend. He is a very talented guy and has an awesome Youtube channel called Chillswitch Engage. I reached out to him and wanted to track the vocals and that' how it happened. The song was actually done about 2 years ago but we really didn't feel the timing was right. When you are a new band people want to know what you bring to the table which is usually your heavy stuff. After releasing some of our heavier songs and 2020 being really emotional we felt that this release really brings a new element to the band, that the listeners maybe wouldn&#39;t expect, and hopefully give some people some healing. As sad as the song is, it has always given me a sense of resolve and peace. I think we need a lot of that right now.

BANGS!: When it comes time to the songwriting end of things how does that get handled?

MW: Usually we record some riffs or songs and begin to work them piece by piece. Every idea is a little different some don't even make it to completion, some are fast, and some take a little longer. We all work separately on our own DAWS. In the future, I really wanted to get ideas then get together in a room and write but it seems the world isn’t going to allow that to happen for a while. So until that changes, we will continue to do it this way.

BANGS!: What is your approach or plan for making your music?

MW Vocally Driven, Interesting enough for metalheads, simple and catchy enough to make non-metalheads be interred, guitar solos, crowd participation, lots of heys, chants, and so forth. Have the song tell a story as much as possible.

BANGS!: Solutions have you as a musician found to cope with Covid and still make your music?

MW: In the beginning, I don't think anyone really knew what to do after the pandemic so as a band we just took a minute and relaxed. I think for a three month period people were not worried about music and rightfully so. Look inward. Keep finding your audience, keep writing, and put one foot in the other. Now we want to push out songs for the rest of the year, be ready to record next year, release songs next year, and hit the factory reset button for 2020 and start over in 2021.

BANGS!: What have you learned from these times that you're using to help create and build your music?

MW: You can't be everything for everyone. Don't overthink things, this is supposed to be fun. Even right now if you’re a musician you have the ability to make someone's day better. I saw a clip of EVH (R.I.P.) and he said “ Just keep playing man!” It's simple and truthful.

BANGS!: As fans follow the band, can you give us insight as to what might be next?

BANGS!: What would you like your music to do for the universe?

MW: I wish our band was successful enough to have our own non-profit. The happiest I've ever been was helping other people. Put some good in the universe. Thanks for having me cheers.

PURCHASE/STREAM "THE END OF HEARTACHE" 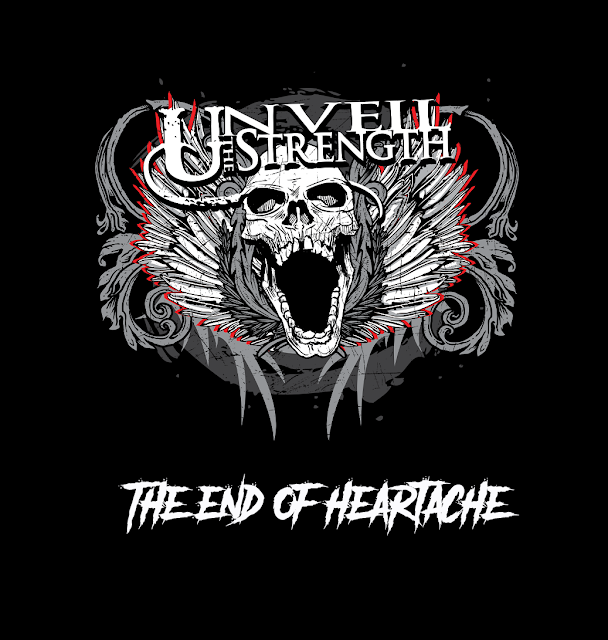