Oscar Lang Releases Music Video for "Antidote to Being Bored" 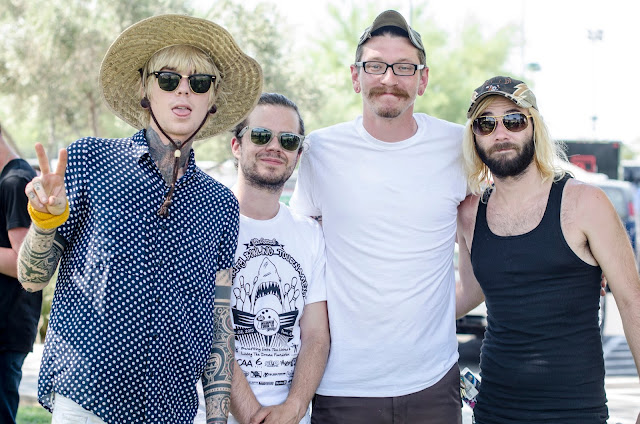 Pushing towards 2 PM in the heat of a summer afternoon while out on the Vans Warped Tour, Never Shout Never chatted with me a bit about their new album coming out, “Black Cat” on Warner Records, things that they enjoy during their downtime, and who is the “eccentric” one of the band. Never Shout Never Photo Credit: CowGirlZen Photography  An easy going bunch of blokes, collectively creating some killer rock-pop music. So kick it back, put on one of their albums, and get to know a little more about Chris, Hayden, Ian and Taylor... of Never Shout Never. 06/07/2015- Song River ( Vents Magazine ) Song River: So how has it been so far on the tour? Chris Drew: Actually so far great, it has been great. SR: How are you holding up in the summer heat? CD: Well, this is the first time we've stepped out of the tour bus today, the other dates have been great and we know each day always is. We just love to get out on the stage and rock it out. SR: Wha

RED CALLING RELEASE  "TORTURE" IMMEDIATE RELEASE: TAMPA, FL - RED CALLING release their single/video "TORTURE".  The female-fronted band Red Calling is a  modern/metal hard rock quartet with a slight trigger pull on the side of an electronic metal-based in Tampa, FL, Red Calling has a collaborative sound and stadium-level volume that electrifies its audiences. Lending their unique uptake on metal on their latest release,  "Torture",  the listener is tantalized by the strings, and then in full cock loaded gears it grinds the explosion of vocalist Jessica Pons.  "Torture"  leads the listener closer to throwing the metal horns over and over again. Clearly, Red Calling is here to drop their solid metal sound right where it belongs... in a stadium of metalheads. The band features Jessica Pons on vocals, guitar, and keys; Javier Pons on lead guitar and synth; Deven Starr on drums; and Luis Pons on bass and synth. PURCHASE DOWNLOAD/STREAM - "TORT