A Conversation with EverGlaze and Their Recent Single/Video "Feels" 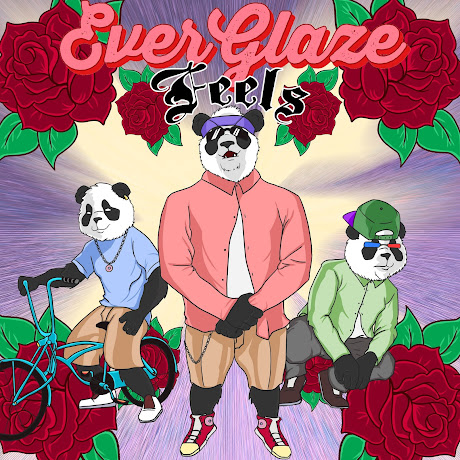 Saul Treno: You have had quite a year with EverGlaze haven't you?

ST: How has the band managed to keep their sanity and passion going for music through everything going on?

Sam Gomez/Sam: Keeping a constant view of our goals and our “why” as in “why do we do this?” and how can we keep going towards that.

ST: You've put out two songs this year, correct? How did they differ in sound and overall production from each other?

Indy Sidhu/Indy: Technically we’ve released three Shadows, Feels, and neXtMAS squeezed in right at the end. Shadows would be this pop/rock, melancholy yet very bright groove in tone and isn’t as crunchy or distorted; the song itself is probably the most pop type song we’ve written to date and is the start of where you see the real change in thought of what should be done per song. From there to “Feels” it jumps to a medium Latin groove and garage punk vibe that hits and usually gets more people in the crowd moving. It was one of the first songs made with the original line up of our band and honestly has been refined through each new line up so the song itself has transformed. “neXtMAS” jumps to a punky jolly vibe to fit the Christmas spirit and to inspire some type of hope that we can always look forward to next Christmas. Written in a day pretty much and only worked out on acoustic till we got in the studio where it took 9hrs (we were there until 3am) to finish. The production in that probably had been the most we spent trying to figure out and actually listen to tones more or less.

ST: How easy or complex is songwriting in general and when performing live have you ever forgotten the lyrics or melody, etc?

Robert M./Robby: The songwriting process just depends, sometimes it comes naturally and just speedy while others…it takes some time and a lot of rewriting and finding out different melodies.

Indy: Not the melody but lyrics yeah, most of the time when that happens I just re-use past verses or improvise with the parts I do remember. It happens very rarely but it still happens.

Joe C: “Creatures in The Dark” would be my favorite because it stays true to how it sounds in the studio and it grabs people's attention without needing much of any fillers.

ST: Talk to us about the recent release "Feels" Take us on the road it traveled.

The Whole Band: From the beginning, it had started pretty just punky in general, and then once it was brought to the band we wanted to do something with a little more spice…Latin spice to be exact with a little more feel. The lyrics, in particular, are open to being interpreted but we feel its something everyone can relate to or most people and lets everyone know once again as songs before that it does suck to say goodbye to someone ya love but in the end, if it's for the best…it feels good as hell. 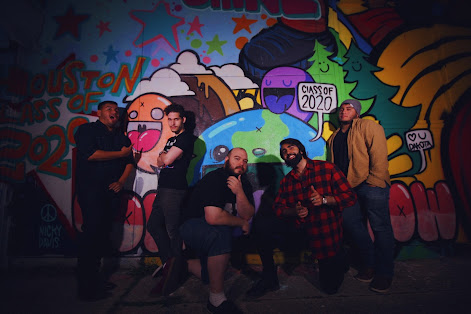 ST: Is there normally any band discussion before a song is being recorded that you all go through on how you all wanted to approach and produce?

The whole band: Not particularly, it's an area of constant improvement and as of now we really just try to be as prepared as we can be with the knowledge we gain from the previous visits.

ST: What does EverGlaze have on track for this New Year? And plans coming with more music, a re-release, or remixes perhaps?

Joe C: We currently have plans to release an album at the start of 2021 along with a release of the 1st song of our 2nd album- (Panda) possibly before releasing the first album in general which will also be our first slow song and its so far had great reviews even amongst our friends that play or listen mostly to the heavier side of rock.

ST: How do you feel about old No Doubt, the band? Can you feel your way to doing a cover to "Spider Web"?.

The Whole Band: It was a split decision Joe C and Indy said yes, Robby stayed silent, Me (Panda) says I don’t think so, Sam the uncultured swine said whos No Doubt? (He’s young and was introduced to rock in a weird way we apologize for him)

ST: Sign us off this year with some of your reflective thoughts over 2020.

Robby: Honestly just appreciative of the things that had been commonplace like hanging out with friends, having a job, being able to go out with friends or family to just eat, and playing shows.

Sam: Valuing the time we have with our family, friends, and people who just support us in general.

Joe C: If there was one thing about 2020 that was good it's that it lets me renew my passion for music and I will forever cherish that.

Indy: This year made me realize that I should be more grateful for the things I do have cause a lot of the simple things in life that we take for granted isn’t. Some people lost everything families, houses, jobs, friends, and etc. It's been a tough year and I'm truly grateful that we/I have been lucky enough to stay safe through it.

Panda: Throughout all the news coming from start to finish this has been a weird time but luckily it forced me to slow down and more or less think of why we even started in the first place. It made me think of my stance everywhere and really critically analyze and think if we/I am really doing what I want and if it's still following the original reason of why we write and do music in the first place. It put in perspective that even though all the crap the responsibilities and the world keeps going no matter what and if that keeps going, then why would I use the sickness as an excuse to completely stop me from progressing and pulling my weight to get to the end game I/we as a band strive to get to. I think we all felt that way in the band and realized we had the tools and maybe we couldn’t do what we were now and we got set back but we had the tools to plan ahead and to at least keep progressing in some ways which are how we met TLG, Tom Hooks, the new opportunities, and the new people like you that were introduced to us. We are grateful for all the opportunities, and if anything it showed me what all we/I can overcome and proved that there always is a way to keep going, that there is always a choice, and that we have a really strong bond in the band cause we fought A LOT like A LOT A LOT but yet we’re still here and even though we replaced a member we’re all still friends and so we’re all still here.

ST: Oh, and the pandas btw are cool.

Panda: Thank you! We think your cool too