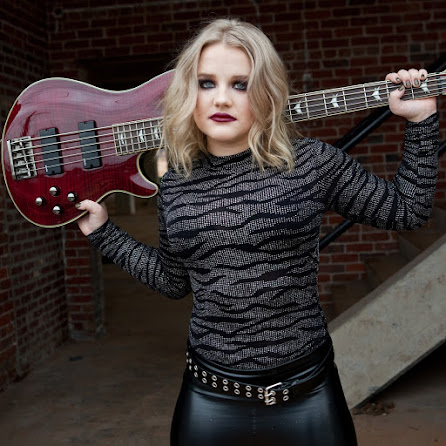 Saul Treno: Talk to us about the EP. It isn't often an EP of covers by well-known hard rock/metal bands is done. How did the idea come about?
Abby K: The idea came about during the first month of quarantine. I was itching to play a show and noticed a lot of bands hosting live stream events. We started working on it and ended up performing a live stream concert in July! A few weeks before the show, we came up with the idea to record the audio and release it on streaming platforms after the fact. It took some time for us to piece the idea together, but we eventually landed on the idea to record a Live EP!
ST: Was there a process used to decide on which songs would be recorded?
Abby K: I was fortunate enough to be able to choose the setlist for the live stream and I didn't have the 4 EP songs figured out at the time of the show. I knew that I would have to narrow it down to 4 songs, but I wanted to be able to hear them before I picked which 4.
ST: How did the band members feel about each of the artists chosen?
Abby K: My band is always extremely supportive of the setlists I choose. They never complain and usually enjoy the songs that I pick! The band members I had for this show, Crispy, Johnny, Greg, and Ade seemed to really like the set!
ST: Was there a song more difficult to cover than another?
Abby K: 3 of the 4 songs have been in our set for quite a while. The new addition was "Rock N Roll Party In The Streets" by Axe. This was my favorite song growing up so I figured it was time to put it in the set. It wasn't necessarily more difficult than the others, but we had to rehearse it more since we had never played it before! 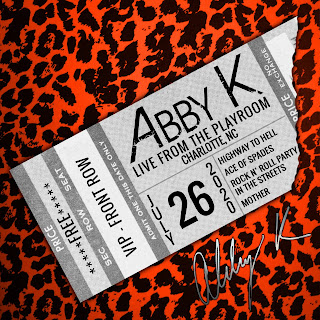 ST: For each band member to respond: how did you prepare yourself to play your part of each cover?
Crispy Borell: I've known how to play most of these songs for years! I learned the songs that I didn't know and played through the set two or three times a day leading up to the show!
Abby: Because I was the one in charge of picking the setlist, I picked some of my favorite songs to play! I practiced every day for two weeks leading up to the performance by myself, and the full band rehearsed once before the show!
Greg Dampier: I approach each performance the same, regardless if it's a recording or a live audience- manually chart my part, practice with the chart and original recording, then I tweak nuisances to reflect my own approach to how I would have recorded the song.
ST: Are these covers that had been played live before?
Abby K: "Ace of Spades" was played in our very first show, and has been there ever since! We have also played "Highway To Hell" and "Mother" many times. "Rock N Roll Party In The Streets" was the only new addition.
ST: What was each band member's favorite song to cover from the EP?
Abby: "Rock N Roll Party In The Streets" has been my favorite song since I was a little girl! Of course, that was my favorite song to cover from the EP!
Crispy: My favorite was "Mother" because that was the first song that my first band learned how to play. It felt like I was going back to my roots!
Greg: My favorite is "Mother". The energy and the drive of that one is a solid kick against your inner ear.
ST: Any plans for more originals this coming year of 2021? How about EP's or albums?
Abby K: We're still in the planning stages, but we are hoping to release lots of original music this year!
Stream/Download 'Live At The Playroom'! 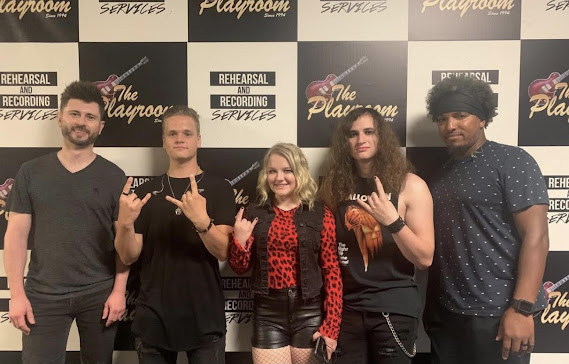