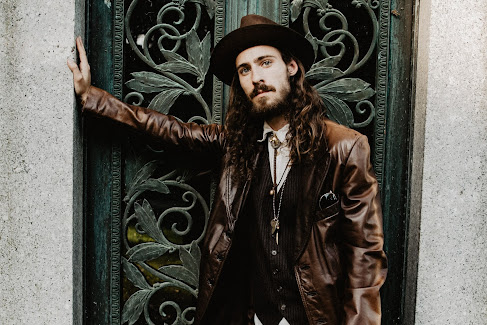 Saul Treno: How has 2021 kicked off for you? Is the music path looking clearer?

My name is Mitchel Evan and I am a singer-songwriter from Richmond, Virginia. The new year has started off alright. We had a lineup change in the band, which is always difficult and takes a lot of work to get a new person up to speed on all of the material. But things have started to open back up a little bit and that is positive. More opportunities to perform live are starting to present themselves and it’s looking hopeful that we might be able to tour this summer and in the fall to promote the new record.

ST: Introduce us to your music.

ST: What are some of the goals you have set forth for you and your music this year?

Well, I am about to release my full-length, self-titled album on March 19th. It can be difficult to establish goals right now when the state of the world is always changing. But I hope to go on a few tours, both solo and with the band, to support the new record. My other goals include really getting my online store running, selling more records on vinyl and CD, and keeping the current lineup of the band together, if possible. Beyond that, I have plans to record two new albums in 2021, one completely solo and the other with my band, The Saboteurs. The songs are already written and we are beginning to workshop them in rehearsal.

ST: Last year was tough without shows and touring, how has the band managed to keep their sanity and passion going for music through everything going on?

We are lucky enough that we have been able to rehearse almost weekly, through this whole thing, since last March. Without that this would be much more difficult for me. I’ve heard of bands that haven’t played at all since the pandemic broke out and that just sounds terrible. I need to connect with others and feel my songs come to life.

That’s a great question. The band on the studio recording is not entirely the same band that I am currently playing with live, so naturally, the songs are reinvented live and the parts are changed to fit the people playing them. I don’t get too hung up about trying to have the live band sound exactly like the studio album. They are different things and serve different purposes - something that worked on the recording may not go over well live, and vice versa. I think it’s more fun to look at songs as malleable; something you can stretch and play with and rearrange. If I approach our live set from that perspective, anything is possible and everything is subject to change, which prevents things from getting dull or stale. It also keeps the band on their toes and we have more fun playing the record night after night.

ST: Talk to us about the recent release "Cancel Out The Noise".

Well, "Cancel Out The Noise" is a song that first appeared on an EP of mine from 2018 called “The Little Horse Tapes”. The version that we just released as a single is very different from the original. It has become a high-energy pop-rock anthem of sorts. It features a fellow RVA artist named Tyler Meacham on backing vocals. There is a lyric video for the song and an HD live video on YouTube as well.

ST: The song seems to be very visual. The lyric video fits.

Thanks. I hand drew the cover art for the single using pastel and charcoal. The lyric video is basically a time-lapse of the making of the artwork with the lyrics from the song laid over top.

ST: How did you go about recording during this time and what about creating the video?

The song was actually entirely recorded well before the pandemic. It was recorded mostly live with a few simple vocals and guitar overdubs at a home studio in Richmond, VA.

ST: How do you and your band approach writing and recording? Is it a joint effort or a one-person job?

With the project being Mitchel Evan & The Saboteurs, the songs always start as a solitary effort. The songs are typically finished before I bring them to the band and by then I’ve usually made a demo and started to think about production, different instruments and melodies to be played on violin or guitar or synth. I think a lot about percussion and different rhythms and the effect that can have on a song.

ST: Which bands would you say are relative in sound to Mitchel Evan?

For this project, sonically, I am inspired by bands like The Felice Brothers, The Wood Brothers, Wilco, Bright Eyes, David Rawlings and Gillian Welch, etc.

ST: What is on the horizon for Mitchel Evan?

Well, I had a lot of time to sit around and write this past year during the pandemic, so I have a lot of songs to get to. My artistic goals from 2021 are lofty. I hope to record two full-length albums this year, one solo and one with the band. I also have a hand in a few other projects. But I also hope to tour and perform as much as possible with The Saboteurs to promote this album. 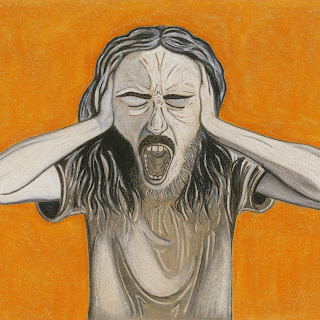 Mitchel Evan Cancel Out The Noise