Interview with Fire Follows and Their Most Recent Single"HOME" 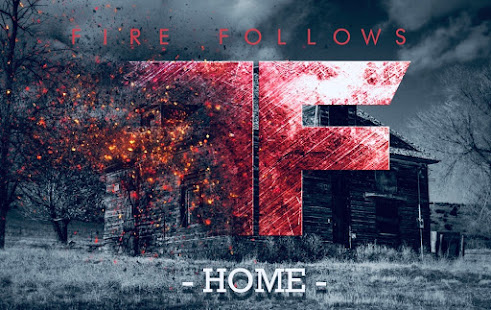 Randy Stillwater: Who is Fire Follows and what does your band bring to the table when it comes to sound and meaning?
Fire Follows started as Chris’s solo project, but in order to create more live performance opportunities has evolved to add Emily (Drums) and Tim (second vocals).
Randy Stillwater: What inspires you about the scene you have in the area?
Honestly, we are completely disconnected from the local scene, but that will be changing soon as we gear up for live shows.
Randy Stillwater: Is Colorado ready to get going again in the music scene?
They’d better be!
Randy Stillwater: Your new single "HOME" has a great message. What do you hope people walk away with after hearing it?
We just want these songs to be a breath of fresh air for the listener. We put a lot into every element of the song, both in terms of instrumental and lyrics, so hopefully, they relate to the message.
Randy Stillwater: Who all came together to work on this single and will you be working again on the next project?
Chris generally builds main elements, but Emily’s drum influence and Tim’s rap/sing contributions really help give the song a more dynamic sound.
Randy Stillwater: Is "HOME" and "Can't Get You Out of My Head" and "Glass Grenade" a markedly identifiable sound of who you are musically?
We sure hope so. We want to bring in elements from every genre to create a supper melodic/heavy/ and compelling sound.
Randy Stillwater: Will there be an eventual EP? Will it branch off or diversity that will be surprising to your fans at all?
At this point, singles are where it's at, but yes. The music will keep evolving. Keep an ear out for the next release btw... it’ll catch ya by surprise.
Randy Stillwater: Over the years who have been some of your favorite music acts that have influenced you as musicians?
It’s so broad, but bands like Breaking Benjamin, Shinedown, Papa Roach, etc... just anything that’s super melodic, but still brings that hard rock sound.
Randy Stillwater: As the world becomes “normal” again what are a few things you a ready to get back into?
Live music, live music, and... live music
Randy Stillwater: Have you guys talked about shows/tours and if so any dates or special events you want to share with the readers?
We have some convos in the works... details soon!!!
Randy Stillwater: Who is the piano player in the band, we noticed the songs really seem to garner so much from them.
Chris, and he would be so happy to hear that haha.
Randy Stillwater: Where can we find out more about Fire Follows and the best place to follow you would be?
We are most active on insta and YouTube, so find us there!
Fire Follows Links:
Website: www.firefollows.com
Instagram: www.instagram.com/fire_follows/
Facebook: https://www.facebook.com/firefollowsmusic
Twitter: https://twitter.com/fire_follows
YouTube: https://www.youtube.com/channel/UCKxPzKQpfIbblKYX8-go5DA
Spotify: https://open.spotify.com/artist/4Gc3NwIwLk0yHTdHTB8qRn
Website: www.firefollows.com
Merchandise: http://www.fire-follows.myshopify.com/