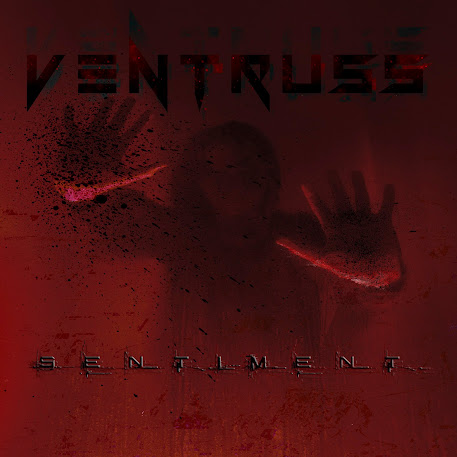 Randy Stillwater: Who are Ventruss and what does your band bring to the table when it comes to sound and meaning?

Ben Jewell: Ventruss is as authentic as it gets when it comes to metalcore. We're not trying to sound like anyone else. And I'm gonna go on record and say that it is so NOT a cliche answer when it's true. We bring heavy, powerful, and in-your-face music that are based on real occurrences in our lives. We're also quite homely dudes.

Randy Stillwater: You guys are from Louisana what inspires you about the scene you have in the area?

Shawn Saizan: The heat. Lol. A huge part of the anger that's for sure. Our way of life down here is different. Slow, relaxed and just a go with the flow atmosphere. Our local scene is thriving with local talent. It's honestly the best its been in the past decade. Bands are putting in tons of effort and it shows.

Randy Stillwater: What is something Ventruss has done to help the band scene that has improved or brought attention to your local music community?

BJ Davidson: We've gotten on several national shows throughout the region which has not only established our name but has put the local rock/metal scene on the map for many music fans. For years the average local person in Baton Rouge had no idea there were local bands out here just giving their all. I definitely feel we had a lot to do with opening those doors for a lot of local metal/rock bands.

Randy Stillwater: Your new single "Sentiment" has a great sound. What do you hope people walk away with after hearing it?

Ben Jewell: Mental health is a real thing. And if not taken care of the effects can be dire. The main takeaway is you are not alone. You are not the only one going through these thoughts and you are loved beyond belief. The other side of that is to show compassion to everyone that you hold dear. You never know how far that shit will go.

Randy Stillwater: How was it working with MVK Music Group?

Shawn Saizan: Great! We have the funniest manager out there for sure. Attila would own an open mic comedy night that's for sure lol. But in all seriousness, Brian, Jesse, Attila, Maude, and everyone else on the team have the same mindset we do and honestly couldn't have been better timing linking up with them.

Randy Stillwater: Is "Sentiment" a guide as a new single to what your new EP your working on will sound like?  Will the rest of this EP relate to the sound of the new single? Any branched off or diversity that will be surprising to your fans at all?

Ben Jewell: No songs on this EP sound alike at all. "Sentiment" being the most unique. We've never done a beat-down song before. And all of the unreleased material is our best yet. Guaranteed everyone who has been listening to us for a while will be in for a surprise.

Randy Stillwater: Who has been some of the bands' biggest influences musically?

Jesse Newman: Collectively, we all look up to Trivium, Killswitch Engage, Bullet for My Valentine, Gojira, All That Remains, As I Lay Dying, and so on and so forth. Individually though, we have our own unique influences that captivate our sound. I'm into technical stuff like Periphery and Dream Theater, BJ is a HUGE Zeppelin fan as well as Lamb of God, Dethklok, and a lot of heavy technical drummers. Shawn is big into guitar players. Big A7X but likes anyone that shreds. Ben is into Pantera, Sevendust, and Linkin Park but ranges anywhere from heavy as fuck to hip hop to bands like Angels and Airwaves. We branch off into anything.

Randy Stillwater: As a band would Ventruss ever consider doing a cover song? If so, any particular song?

Shawn Saizan: We have covered songs over the years. We've done "Unholy Confessions" by A7X, "In Waves" by Trivium and so on and so forth. Who knows, we've talked about covering an Eminem song.

Randy Stillwater: As the world becomes “normal” again what are a few things you a ready to get back into?

BJ Davidson: Life as we know it. Touring. That's pretty much the only thing we haven't been able to do. We've been writing and recording but not much traveling. Miss that sooo much.

Randy Stillwater: Have you guys talked about shows/tours and if so any dates or special events you want to share with the readers?

Shawn Saizan: There are a few tours we are working on but can't say anything just yet. We do have a show coming up with Buckcherry at the Basin in Baton Rouge on July 20. We are selling $30 presales for those. We will also be at The Juke Joint in Ocean Springs, Mississippi for Dirty 30 fest put on by our friends at The Sound 228

Randy Stillwater: If would pass along a piece of advice to a young band just beginning to help them through either a struggle or growth, what would it be and why?

Shawn Saizan: Don't give up. Don't let any negative opinions bring you down and practice! Go to local shows. Make your presence known. Don't sit at home and expect things to happen. Technology exists but get out there and show your face.

Randy Stillwater: Where can we find out more about Ventruss and the best place to follow you would be?

BJ Davidson: You can find all of our socials and our music and anything esle you need at www.ventrussmusic.com 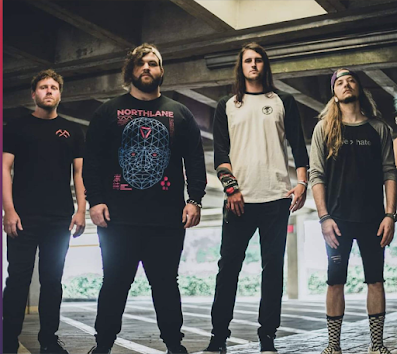