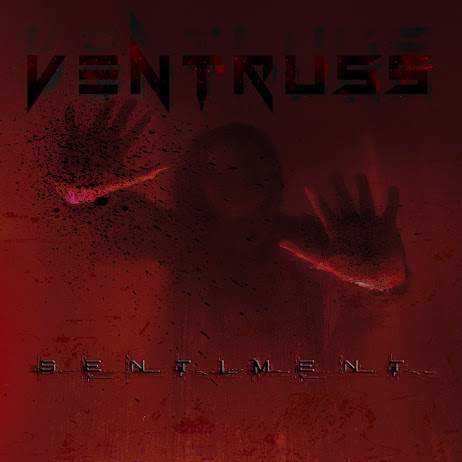 "The metal sounds coming up from the dark depths of Louisana scream Venturss. Releasing their second single from their coming EP Ventruss brings a blackness that resembles death metal sounds in "Sentiment". It's hard, it's heavy, its music that rages and sinks its teeth into you deeply. A mosh pit banger bleeds across "Sentiment" from beginning to salacious end. "Sentiment" addresses a serious topic of 'mental illness' and lyrically the message is defining and strong - stream this one and turn it up hard!: - Ronald Bennett

"There's a lot to take from "Sentiment". Mental illness is real and can affect relationships with family and friends. It may be hard to understand from the outside and can be easily perceived as a red flag, but internally that person has much more going on and before you know it, they can end their own life. This happened to me a few years back and once it did, I was having flashbacks of my weakest moments and feeling like I had absolutely no one but in reality, I was the one keeping myself locked in my own mind. This is not only a heavy track musically and lyrically but also a cry for help." - Ben Jewell
Engineer - Eric Woolard
Studio - Warlord Studios in Jackson, Mississippi
Visual Director - Khader Alherimi of Dreamseeker Productions
Facebook - https://www.facebook.com/Ventruss/
Twitter - https://twitter.com/Ventruss_
Instagram - https://www.instagram.com/ventruss_official/
TikTok - https://www.tiktok.com/@ventruss?lang=en
Website - https://ventrussmusic.com
Merchandise Purchase Link - https://ventrussmusic.com