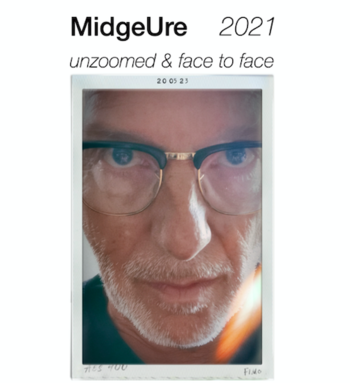 The last time Ure toured the states was in early 2020 with his one man ‘Songs, Questions and Answers’ and in spring 2020 the 1980 Tour hit New Zealand and Australia just at the same time as Covid-19. This led to the run being cut short and Midge and the band returning home to and empty tour diary and a very different world. With touring stalled Midge devised a way of doing performances and keeping connected with his audience from his studio with the conception of the Backstage Lockdown Club. Ure said “I had seen many artists doing home concerts singing and playing into their webcams and irrespective of how good the artists were the look and sound were not really up to scratch. So I did a lot of research into Hi -res cameras and visual mixers etc and put together a ‘one man’ system which enabled me to webcast at a quality level’ He went on to say “This has been a lifeline for not just me but the audience as well”Midge Ure is now working on three albums including a follow up to Fragile, an Orchestrated Pt. 2 and an instrumental album.
Midge Ure Un-Zoomed & Face to Face Tour: (More TBA)
October 26 - Pawling, NY - Daryl's House
October 27 - Boston, MA - City Winery
November 1 - Philadelphia, PA - City Winery
November 2 - Washington DC - City Winery
November 4 - New York, NY - Iridium
November 5 - New York, NY - Iridium
November 6 - Hamden, CT - Space Ballroom
November 7 - Bordentown, NJ - Randy Now's Man Cave
November 9 - Northampton, MA - Iron Horse 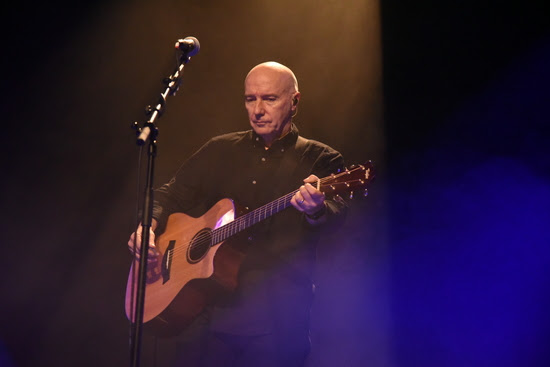 Midge Ure has an impressive catalogue fronting the groundbreaking electrorock band
Ultravox as well as being a member of such notable bands as Visage and Thin Lizzy. He helped form Band Aid where he produced and co-wrote the smash charity single 'Do They Know It's Christmas,' still one of the biggest singles in UK music history. He was also one of the principle creators of Live Aid and Live 8 along with Bob Geldof. Ure has spent most of his career touring the globe playing solo and with Ultravox who reformed in 2009. He served the notable role of MD for the Princes Trust at the Royal Albert Hall with a cast of the usual suspects including Queen, Eric Clapton, Phil Collins and Mark King.
Website: http://www.midgeure.co.uk
Facebook: https://www.facebook.com/midge.ure/
Twitter: https://twitter.com/midgeure1
Instagram: https://www.instagram.com/midge_ure/