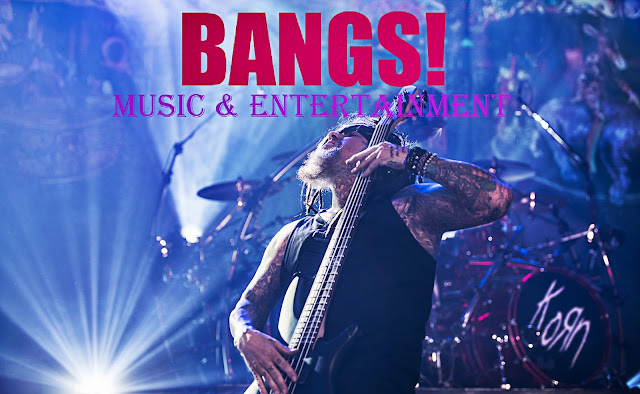 We are a diverse cross-section of music geeks! Sharing our passion for music and entertainment in Interviews, Concert Reviews, Album Reviews, and Photography.

Known professionally as Song River. Song has been in the music industry for over 30 years. Having worked as a photographer/journalist the 80's-90's, plus was a founder of a 80's magazine called Rock Revolt. Having left the music industry for a brief time she worked in the political arena as a speech writer and photographer as well she was a regular Op Ed contributor through the 90's.

It was around 2012, not too long after her oldest brother who was a musician passed, that she returned to her first passion once again and began photographing and writing about today's well-seasoned and emerging bands.

Having worked with some of the biggest names in the music industry, photographed artists such as Rod Stewart, Elton John, INXS, Prince, Reo Speedwagon, Missing Persons, Adam Ant, Survivor, Stones, Madonna and many others during her early period today she has photographed: Andy Black, All Time Low, Ace Frehley, Stryper, Dirty Heads, Deftones, The Used, Falling in Reverse, Escape the Fate, Imagine Dragons and many others- (https://cowgirlzenphotography.smugmug.com/Music).

Song began BANGS! Music & Entertainment as a platform for photographers and writers to learn and grow as professionals. The encouragement is not to stay in one place, but to expand and learn this industry and all its many exciting facets. Having diversity and willingness to embrace bands/musicians from emerging to established is what makes BANGS! unique on every level, whether it is our staff or our music passion... equal opportunity to those who want to learn. Key is want-action.

Aside from photography and writing Song also is an A&R Specialist/Publicist currently for TAG Publicity and Rolling Artists. TAG brings a revolutionary approach in their 21st Century presence for musicians/bands and Rolling Artists works with a broad range of exceptional music producers and engineers. In addition to A&R Song runs her own PR company under, CowGirlZen Entertainment.

"You see music is not only in my blood it is in the mitochondria that makes me tick. It isn't a disease or sickness... it is who I am. And I can sense a hit or potential hit song in a moment."- Song River

Octavio Ramos has been writing for more than 35 years. Ramos has worked 28 of those years as a science writer-editor for Los Alamos National Laboratory, the home of the world’s first atomic bomb. He has written and published five fiction books, a nonfiction book, and hundreds of fiction and nonfiction works for numerous magazines.

In the realm of metal, he has written for print publications such as Sounds of Death, Explicitly Intense, Pit, and Anvil. He has also written for online magazines such as Forbidden, Soundchecks, AXS Entertainment, Santa Fe Metal Music Examiner, and Uncivil Revolt.

Hi everyone, My name is Teri Wright aka Redhead with the Red Camera. I am the current host of Wicked Wednesday for Bangs. I've been writing, doing interviews and reviews along with concert photography for about 2-3 years locally. Been a resident of AZ for 18 years.

Some of my favorite things:
1. Metal Music
2. Photography
3. My dogs and cats.
4. My Motorcycles
5. Mountains

I look forward to writing more and providing my metal head fans more of what they want.